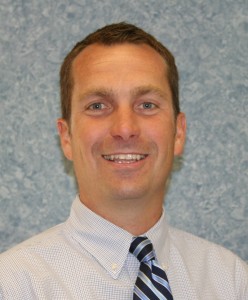 To understand the macro economics of health care, you have to know what’s going on at the micro level, such as what is going on in two school districts in Wisconsin.

Once again, the West Bend School District has moved to the front of the pack in terms of intelligent management of its health care costs.

Long a leader in delivering a great educational product for a dollar of taxpayer money, the district has done it again.

The district and the nearby Elmbrook district recently became the first in Wisconsin to move to consumer-driven health care plans (CDHP). That is a tipping point that cannot be under-estimated, because unionized teachers are notoriously change resistant.

Using the latitude offered by Act 10, which took collective bargaining off the table in Wisconsin and put Republican Gov. Scott Walker up for recall election in June, Supt. Ted Neitzke and his management team convinced 80% of the West Bend district’s employees to go for a $2000 deductible plan that works in tandem with a personal health account. Elmbrook also won 80% participation at the same deductible level. Both had expected a much lower conversion rate.

Four national studies have proved beyond debate that CDHPs save between 20% to 30% of health costs. In the West Bend School District, that change in benefit structure will mean a reduction in health costs of $1.8 million – year in, year out. That is on top of the savings already garnered from going self-insured, from leaving a locked-in union health plan, from bidding out its business and from raising the premiums paid by members.

The latest saving will help to balance the district budget next year, off-setting to some degree an expected major cut in state aids.

It is important to note that none of the moves by the district will change the quality of the delivery of health care. Employees will be using the same networks of doctors, clinics and hospitals.

These kinds of game changers go a long way toward explaining why West Bend has long been one of the most cost-effective, high value districts in the state.

Valley Elliehausen, the district manager of human resources, who led the conversion to a modern health plan, said the district’s employees liked the choices they were offered. They had the option of keeping their old plan. So far, she said, feedback on the new plan has been very positive.

Kristi Foy, who manages human relations for the Elmbrook district, said early returns are positive in that self-insured district as well. How did they win 80% participation, when 20%-30% was the expectation? “It was simple math,” she said. The districts made the premiums for the high deductible plan convincing.

In the private sector, about half the companies in the country have adopted consumer-driven plans. And there is a parallel stampede toward self-insured plans. It is a puzzle that more public sector employers haven’t followed the lead of West Bend and Elmbrook.

Another public payer In Wisconsin that made the switch is Washington County, so local taxpayers are coming out ahead at that level, too. Of 72 Wisconsin counties, six have now converted to health care plans that include such incentives and disincentives.

Think of the money that could be saved if the rest of the counties, the state for its own employees and Medicaid managers made the switch, too. We are talking hundreds of millions of dollars that could be put to better use.

Even unionized companies, like Bucyrus International (now a part of Caterpillar), have made the CHDP move. Bucyrus’ costs went down a reported 22%. That happens every time employees have skin in the game in the form of an employer provided health account.

Further, studies have shown that people in CDHP plans are more intense users of prevention and wellness tools. They take better care of their health.

In another long overdue move, the West Bend district took the first step to address the unsustainable retirement age of 55 for teachers, moving it to 57. That move will save the district an estimated $1.5 million in future costs.

We are all living a lot longer. Life expectancy in the U.S. is now 78 and getting longer. Society can’t afford to carry retirees for 23 years.

Private sector retirements remain in the 62-65 range, but employees are working even longer as longevity increases. Public employers will have to follow suit, as West Bend School District has already done.

All in all, it is good to see school district employees collaborating with district management on more intelligent ways to deliver benefits. It will be win-win for school employees and taxpayers.

These intelligent management moves in the private sector – and now at the grass roots in the public sector – need to inform the polarized debate at the federal level.