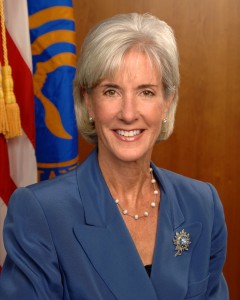 As Kathleen Sebelius steps back from her role as the field general for the rollout of the Affordable Care Act, whether voluntarily or involuntarily, it is appropriate to also step back and look at the big picture of what ObamaCare has or hasn’t accomplished. It’s time for some straight talk amidst the blizzard of spin from both parties on this most controversial of laws.

It is important to recall that the two major goals of the wrenching reform of the U.S. health care industry were greater access for the estimated 50 million uninsured and greater affordability for all Americans.

Four years after its passage, the first goal of access looks to be a big miss. Except for new Medicaid recipients and those who qualify for federal subsidies on the exchanges, the second goal of affordability looks to have gone the other way. Premiums (pre-subsidy) are almost all higher, many sharply.

It’s tough to get a fix on how many of the 50 million uninsured are now covered. The touted million sign-ups on the new public is a big number that makes President Obama a happy warrior. But two respected surveys suggest that, of the reported 8 million, only 27% to 33% were previously uninsured. Let’s use the higher number and put the newly insured at 2.7 million.

That number needs a haircut, though, because some 20% are expected to fail to seal the deal by not making their premium payments. So, the 80%, the net number of pick-ups for coverage on the high side will be about 2.2 million.

The second major source of newly insured people was to come from the expansion of Medicaid. Some states, like Wisconsin, rejected the freebie expansion, so estimates range from three to about six million new Medicaid clients. Some of those may have had other insurance before signing up, but let’s use the larger estimate.

Thus, about eight million of the 50 million uninsured are now covered. In short, Obamacare has solved about 16% of the nation’s access problem.

Because the Obama Administration is long on rhetoric and short on arithmetic, it is declaring “Mission Accomplished.”

A mandate on employers to provide coverage this year was supposed to pick up more of the uninsured, but that big stick was pushed out first to 2015 and then to 2016. In the interim, some employers are either dropping coverage, cutting back benefits or moving to a defined contribution to save money. Most self-insured employers are staying with their existing plans. No one knows those numbers, because of the extensions. Some insiders predict that unpopular mandate will never be implemented.

Ditto for the equally unpopular mandate on individuals to carry coverage. Who likes mandates? Especially when the penalties are construed as taxes? Some of the president’s allies are reportedly running for cover from the mandates.

Here’s the biggest unknown. None of the above numbers takes into account the people who were previously insured but have lost their policies. One respected survey put that group at 18%.

Note: that’s 18% of a very big base of people – more than 150 million Americans who have been covered by private employers or individual policies. That computes to as many as 27 million newly uninsured.

For the guys who can’t do arithmetic, 27 million newly uninsured is a ton more than eight million newly insured. Even if the 18% moves a few points lower, that juxtaposition is going to create headlines when it shakes out.

Those who dropped their policies probably got priced out of the market. Virtually every piece of ACA drives costs up, not down. The subsidies on individual policies offset the premium hikes, but that doesn’t help all the people who need insurance but don’t qualify for subsidies or only small subsidies.

Here are some of the cost accelerators under the ACA:

• It may be good policy, but guaranteed issue means that people with pre-existing conditions and their related high costs will be added to the insurance pools. Early assessments indicate that many very sick people joined the pools sold on the exchanges. Some were previously covered in high-risk pools run by states like Wisconsin.

• Low cost young people didn’t sign up as projected – about 28% of the signees vs. a 40% goal. Why shouldn’t young healthies go naked on insurance? They can get guaranteed coverage if they develop a medical issue.

• Mandated benefits for policies were expanded.

• It may be good policy, but lifetime caps on coverage were made illegal.

• One industry expert pointed out that 60% of the enrollees have opted for plans with relatively low deductibles and co-insurance. That spells a mostly free lunch for medical services. That in turn spells higher costs and higher premiums when over-utilization kicks in.

• Several points of new ACA taxes attach to the policies.

There are some pilot projects to get providers to better practice, but they are moving slowly. The immediate cost drivers have led some experts in the insurance industry to predict premium hikes in the new few years of 60% to 200%. The lowest projection I’ve seen is 6% inflation this year and next.

You may take issue with those scary predictions, but NO ONE is saying costs and premiums will be reduced, that health insurance will be more affordable.

Call the goal of affordability a complete miss.

Meanwhile, over in the private sector, real reform is happening at the grassroots level, company by company. A disruptive new business model based on incentives, marketplace disciplines, long-term holistic care delivered at the workplace and value-based purchasing are changing the game dramatically.

Those cost reducers are bending the hyperinflation trajectory that has plagued U.S. health care for decades. Health costs rose only 3.7% in 2013, compared to a long-term pattern of 7-8% — no thanks to ACA.

The grassroots reforms add an element of optimism to the raging debate over ObamaCare. If our nation’s politicians could get pragmatic vs. partisan, there are solutions that could be grafted onto the faltering new law.

Straight talk recognizes that the higher the costs of health care go, the higher premiums go and the more people who end up uninsured because of unaffordability. And vice-versa. Out-of-control costs caused the access issue in the first place.