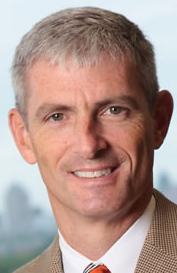 The premature departure of Mike Lovell as chancellor of UW-Milwaukee to president of Marquette University will only be a positive for the Milwaukee region if the UW regents appoint a successor who shares his vision and that of two chancellors before him, that of UWM as a major player in the innovation economy.

No longer can public universities confine their role to student education and the production of graduates. Call it the supply side of the economic development equation.

The universities must also play a leading role on the demand side – that of creating jobs so that graduates stay here and contribute to the prosperity of the citizens of the state, the same citizens who fund the university system with their tax dollars and their tuition payments.

UWM, under the leadership of Lovell and Carolos Santiago and Nancy Zimpher before him, has been making that transition from a sleepy teaching school to a major institution from which innovators spring.

Lovell was midstream on a number of initiatives that will move the needle dramatically toward greater prosperity for the M7 region:

• UWM’s R&D total has grown to more than $60 million, a critical piece of the puzzle for break-through innovations. Even though federal R&D budgets are shrinking, UWM can win a bigger share of the R&D pie.

• UWM’s generation of disclosures and patents has seen a sharp increase as young faculty members jump into the intellectual property arena.

• Deeper partnerships between UWM and industry that puts university and business researchers side-by-side, exemplified by Johnson Controls, GE Healthcare, Rockwell and WE Energies. Lovell has a gift for developing those relationships.

• Complete alignment between UWM’s strategies and those of the M7 economic development organizations. The new School of Freshwater Sciences, the new Innovation Campus and Lovell’s energy consortium, the new School of Public Health all play pivotal roles in the M7 strategies. The university system’s flagship, UW-Madison, has offered little help for solving Milwaukee’s issues, so it’s up to the campuses in the region to step up.

• The concept of a university dedicated to spawning entrepreneurs is taking root across UWM campus, beyond the engineering and business departments into the liberal arts schools. That energy on campus matches the growing resolve and resources in the region for reinventing a lagging economy through high-growth startups.

Lovell will be able to take his vision of how a university can lead a region to Marquette. He did it before UWM when he was at the University of Pittsburgh, where a reinvention of a rust belt region is also underway. Marquette has been stepping up on R&D, now $15.5 million, and startups, but it can do a lot more. Lovell will add leadership stability and vision on the demand side of the prosperity equation – job creation – to Marquette. That will be a plus.

Marquette is already involved in the Lovell-led initiative, the Midwest Energy Research Consortium. More collaborations with UWM and other regional universities, even UW-Madison, could be in store. As an example, Marquette’s law school has established a course in fresh water law to complement the regions fresh water technology strategy.

A collective strategic focus, orchestrated by the M7 leaders like Lovell, holds great promise.
Concurrently, the region’s other academic institutions are improving their games on developing science and technology and spinning out job creating ventures. The Medical College of Wisconsin, MSOE, UW-Whitewater and the BloodCenter of Wisconsin have all pushed forward to one degree or another on R&D and startups. It’s a new, concerted mindset.

Nonetheless, the leadership hole left at UWM by Lovell’s move across town needs to be filled with a replacement who understands the larger role that universities have to play in a world where technological breakthroughs are the road to improved economic performance, to prosperity for our citizens.

Lovell had a number of reasons for leaving the UWM with strategic work unfinished, some surely related to less financial and political support from governors and the legislature. The latest proposed hit is another two-year freeze on tuitions because of a high level of reserves in the UW System as a whole. Yet UWM’s reserves are in line and fiscally necessary. How is UWM, then, going to offset inflationary impacts on its costs?

Lovell’s decision should spark a major analysis and reorganization of how the UW System relates to the state’s economy, how it handles its finances and how it deals with disrespect from the politicians.