How about common sense, ala Biden, on vaccines?

Despite a handful of loud objections from small businesses, the big majority of American businesses welcome President Biden’s strong leadership on pushing vaccine mandates across the nation.

Many companies have been caught in no man’s land between severe manning shortages and the fear of virus spread by unvaccinated workers. They held off on requiring shots for fear of workers quitting and going down the street to a more lax employer.

So now, under Biden’s pending order, the no-vaxx worker will have fewer options. Only companies with fewer than 100 employees will be able to avoid mandates.

In effect, Biden is leveling the playing field in his quest for herd immunity across the country.

Eight out of ten adult Americans have either had one or two shots or probably will get one. Witness the California recall election where the anti-vaxxers lost big time.

The arguments of the political ideologues on the right just do not hold water. Do Americans have a constitutional right to infect their fellow citizens, including children and older people?

Do non-vaxxers have a constitutional right to damage the economy by scaring people away from normal economic behaviors because they are rightfully afraid of spreaders.

Milwaukee Summerfest, for example, was a bust for attendance. 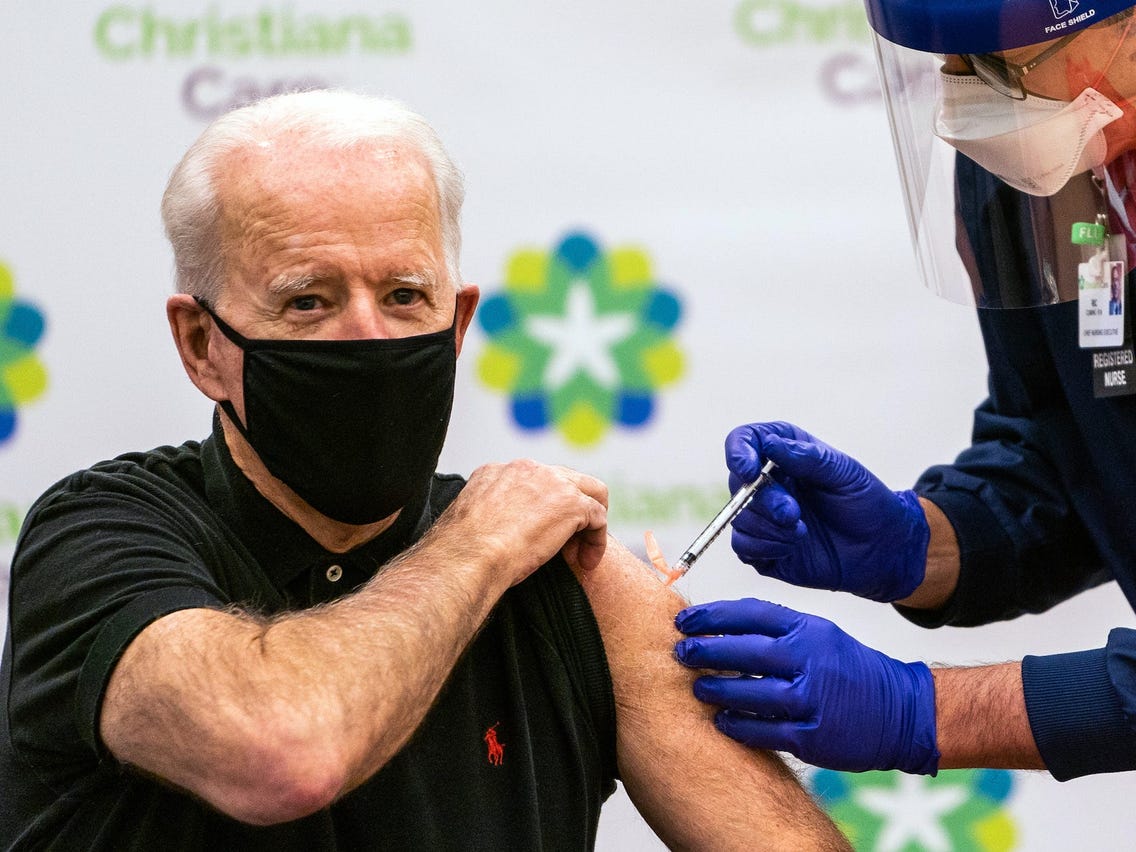 Biden’s decisions feel like a black cloud is being lifted. Finally we have unequivocal leadership that lifts the uncertainty that harms the economy. When he succeeds, we can look forward to fully vaccinated and safe work places.

I, for one, will feel a lot more comfortable when I know our company is 100% vaccinated. I will be more likely to go to a restaurant or concert when I know fellow customers are non-spreaders. In short, Biden’s tough call will bolster the economy.

So, why is the GOP standing on shaky principle instead of common sense?

When I went to grade school in the 1940s, I had a battery of required vaccinations. It was common sense.

When I went into the armed forces in the 1950s, I was happy to be the recipient of six shots in each arm to protect me wherever deployed, including anti-malaria shots. It was common sense.

Our scientists, with big funding from President Trump, gave us the miraculous COVID-19 vaccine. Why not use them broadly? He did. He has called for voluntary vaccinations by all Americans. Why do his followers not follow his lead?

Almost all the doctors and nurses in the country have been vaccinated. Why not follow their lead?

If not them, whom do we trust? The social media blowhards?

Seniors are most at risk. They are not alone. One study, though, showed that the average age of patients in intensive care is now 46 years old. They are people with families and children they are still raising. They are our workforce and our parents.

Biden did us all a great favor. Perhaps because of his age of 78, he knows the high probability that he will be a one-term president and, therefore, is willing to do the right thing during his time in office.