New M7 film cluster could be a star

The latest example of the reinvention of the rust belt is the formation of a mini-cluster in film making in Milwaukee.

It is a historic irony that the Milwaukee Filmmaker Alliance (MWA) will be housed in a previous Pabst building called The Brewery. The former beer cluster now employs about 3,000 people in the M7 Region, while the emerging film cluster employs almost 15,000, five times as many in what’s called “the creative class.” 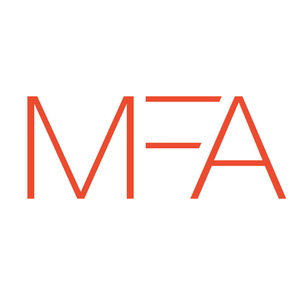 Like other M7 economic clusters, the film cluster it is a collection of players who interact to create an interconnected, dynamic business sector.

The recognition of this new cluster is reminiscent of the M7 discovery a decade ago of a range of companies and players in the fresh water business. That strategic insight led to an initiative to put Milwaukee on the map as a global center for fresh water technologies. It’s still young, but it’s taking off as part of the Milwaukee brand.

Similarly, an analysis in 2016 of companies in the image making spectrum revealed another surprising area of regional strength. We are not LA, New York, Chicago or Austin, but there are dozens of organizations — companies, startups, academic centers, vendors and professionals who know image-making.

The new cluster revolves around two high-profile institutions: the expanding eight-year-old Milwaukee Film Festival and the film department at UW-Milwaukee, which is ranked among the top 25 in the world.

UWM has had enrollment challenges in the last few years, but not in the film department, which is growing rapidly. It surged to 435 students last fall, with about 5% of incoming frosh heading into the video world. They see that video is replacing text as a tool in many communication channels.

A case study on how the film cluster is creating jobs and prosperity is Epic Creative of West Bend. It has grown to more than 100 employees, mostly college grads with average salaries of $60,000. Many are UWM grads, including founder Jim Becker. Its customers include GE Healthcare, John Deere, Scag and Western Plow.

The presence in the region of a world-class urban university and other top schools like Marquette, MIAD, MSOE and the Medical College of Wisconsin adds to the mix of technological creativity and forms bedrock for clusters. Technological developments provide new and existing companies something to sell, and the graduates provide the workforce for mature companies and to get new companies off the ground.

The new film alliance got a nice lift from John Ridley, a Mequon native and Oscar winner, and Chris Abele, county executive and Ridley’s partner in creating No Studios, a new film making center in the former Pabst complex that will house a variety of video entities, including UWM and Marquette.

Ridley and Abele are both on the board of Milwaukee Film, as are Mark Mone, UWM chancellor, and Scott Emmons, dean of UWM’s Peck School of the Arts. These cross-connections are what make clusters tick.

Ridley will provide a conduit to the major filmmakers on the West Coast, where dozens of UWM film graduates are already working.

There’s still a lot of heavy lifting to do, including fund raising, to make the M7 film cluster a star in the reinvented economy. The UWM film department, for example, badly needs more and better space. It needs state-of-the-art equipment.

That will come as leaders in the state and region come to know its power on propelling the economy, along with improving the quality of life here and entertaining us all.

There is no reason why the emerging film cluster can’t take join the line-up of regional clusters, some mature like advanced manufacturing, medical devices, automation and controls, insurance, investment management, food and beverage and health care, and some emerging like fresh water and energy storage and embedded systems.

This how reinvention of an economy happens: honor the old-line industries as they bring new technologies to bear on their operations and offerings and run for daylight with the emerging stars.