Another missed opportunity for Wisconsin 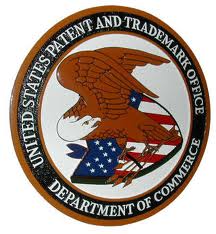 Remember that old saw about the guy who never misses an opportunity to miss an opportunity. That would be Wisconsin when it comes to hustling for federal dollars.

Our role as the chump of all chumps was highlighted again last week when the U.S. Patent Office announced three new regional offices: Denver, San Jose and Dallas-Fort Worth. If Wisconsin even put in a serious bid, it was invisible. More than 600 cities applied.

One note of irony is that the Milwaukee JournalSentinel wrote convincingly about the negative effects of the huge backlog of unprocessed patent applications on the nation’s competitiveness. Reporter John Schmid uncovered the depth of the problem, more than one million open applications, and his reporting contributed to the expansion of the patent offices.

Flying the white flag on federal funds flies in the face of the consensus economic blueprint for the state, called “Be Bold – The Wisconsin Prosperity Strategy.” The 2010 document, endorsed by 30 major stakeholder groups, called for a major office in Washington D.C. to troll systematically for federal dollars.

One misconception about winning federal aid is that it is all about politics. It’s more about hard work, about drafting a proposal that tracks on what the feds are looking for. Once a state makes the short list, the Congressional delegation can swing into action.

The San Jose effort shows what it takes. A coalition of Silicon Valley supporters filed a 58-page application that was signed by 125 valley CEOs. Local political leaders were heavily involved.

Detroit landed a small patent office expansion two years ago; it will open shortly.
Wisconsin now does more than $1.3 billion in federal R&D. We rank high on patents. That should have made us a respectable candidate.

We passed a hospital tax, like most other states, and that helped with to increase Medicaid reimbursements. Our delegation got its act together in helping with huge defense contacts for Marinette Marine and Oshkosh Corp. But those two positives are an exception to the general performance of our congressional representatives.

Long-term congressmen like Jim Sensenbrenner and David Obey have prided themselves on opposing earmarks, though Obey did pretty well by his own district. Our representatives are more purist than pragmatist.

Former Gov. Tommy Thompson showed in his campaign for the U.S. Senate that he gets the difference. He has proposed a new institute for fresh water science in Milwaukee. And you know he’ll work both sides of the aisle to get that done if he makes it to the senate.

If you are a Tea Party absolutist, you oppose not only unnecessary spending, but also good investments. Does anyone question investing in our fresh water resources, like the Great Lakes that hold 20% of the world’s potable water? Does anyone question the need for timely government handling of patent filings?

The patent office jobs were not earmarks or pork. They were needed services—and the jobs could have gone anywhere. But they didn’t come to Wisconsin.

In an adult world, the other four candidates for the U.S. Senate would concur that Tommy has a good idea for the water institute.

If you don’t think we are barefoot boys in Yankee stadium when it comes to federal dollars, consider these facts from my loyal research assistant:

• Wisconsin ranks dead last in federal employees as a percentage of the state’s population.

• The state ranks 48th in per capita federal spending.

Could this have something to do with two governors in a row pulling the rug from under the state’s federal office? Gov. Doyle left the office vacant for part of his reign and then filled it with a loyalist with a checkered career. The Department of Administration under Gov. Walker has apparently eliminated the office; it doesn’t show on its web site.

This is how we have become champion of the chumps. At least it’s bipartisan.

This entry was posted in Federal Funds. Bookmark the permalink.