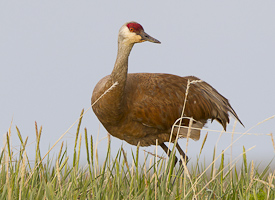 Watching two girls fish in downtown West Bend of the Milwaukee River recently, it occurred to me that we have much to celebrate on the environmental front in Wisconsin and the country.

Environmentalists will always face new issues to conquer, such as the potential invasion of the Great Lakes by several species of Asian Carp and waves of exotic new mussels.

Still, looking back and taking a current assessment, much has been accomplished.
When I moved to West Bend 43 years ago, the river was a sewer – literally. The municipal treatment plants were rudimentary, and outflow pipes from industry dotted the banks of the river. All the municipal plants now operate at a tertiary level, and the pipes are gone.

The Fox River between Menasha and Green Bay was worse. It is again a recreational asset, even as dredging of PCBs continues in fits and starts.

About a dozen brown-field sites in West Bend, contaminated hot spots, mostly along the river, have been remedied. The worst one was site of West Bend Electro-Plating, just below the downtown dam. It had housed many local industries before the plating operation. Local legend said it glowed in the dark from the discarded chemicals.

It is now part of a lovely city park, capped by a stone and tree sculpture called “Place of Origin.” (Native Americans once camped there.) People fish under the dam.

Some day the dam, which once supplied hydro power and drove a mill, will be removed, just as the Woolen Mill Dam before and the Newburg Dam, which is now being decommissioned. Ditto for the Barton and Kewaskum Dams upstream.

A free flowing river is more aesthetic, better for water quality and therefore a better fishery.

The Ozaukee Washington Land Trust has been busily acquiring property along the Milwaukee River banks and acquiring conservation easements to protect the shores. It is also preserving bird layover areas along the banks of Lake Michigan in Ozaukee County. Many agencies have joined the efforts.

Forty years of work have gone into preserving the Cedar Lakes watershed. The Cedar Lakes Conservation Foundation offers a national example of what persistent stewardship can accomplish. Wisconsin has given birth to 55 local land trusts that are all doing good work with pristine lands and waters.

Before the Deep Tunnel, Milwaukee suffered some 50 over-flow dumps of raw sewage per year. Not it’s down to two or fewer. The $2 billion project was worth every penny.

Another example of an improving environment – in contrast to concerns about the negative consequences of global warming – is the return or addition of numerous species. I never saw Sand Hill cranes growing up in Wisconsin. They are now abundant.

American eagles had just about disappeared when environmentalists pushed to get rid of DDT. I saw 22 eagles on one canoe trip down the St. Croix River, and they are as far south as Washington County.

Cormorants have returned to Lake Michigan, and pelicans have appeared. So have sea ducks never seen in my lifetime.

We have legions of wild turkeys, some elk and a return of wolves, love them or fear them. Bears have never been more numerous.

My ancestors helped to clear the land of white pine and hemlock. They thought the trees would last forever. About 1910, the Pinery crashed, and they left a barren, clear-cut mess. Today, about half of Wisconsin 48 million acres is forested, more, it is claimed than in its original state.

These remarkable improvements in our quality of life are not the kind of collective win that we typically celebrate on July 4th. It’s all about remembering how delicate our democracy is and how we citizens need to pay attention and take care of our unique freedoms. Some of us have gone to war, died, or were wounded for those freedoms.

But the green instincts of most of our the people and their approval of using taxpayer dollars to fix environmental mistakes from earlier times are another cause for celebratory fireworks this 4th of July.

This entry was posted in Green & Gold, Uncategorized. Bookmark the permalink.