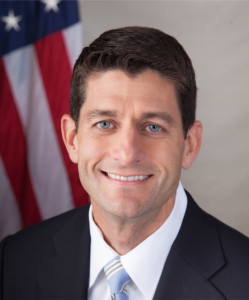 As Rep. Paul Ryan (R-Wis.) and his fellow budgeteers in Congress try to rustle up funds for road construction, they could be looking at a windfall in taxes on $2 trillion parked overseas by U.S. corporations.

The plain truth is that corporations with operating profits or capital gains overseas would be nuts to repatriate those dollars to the U.S, where the corporate tax rates are punitive. The chief financial officers of those companies will only bring home those dollars and subject them to U.S. tax rates if they really need the cash here.

My company, for example, will have a gain on an investment in a foreign company, and we face double taxation upon bringing the funds back to the states. We will pay almost 22% on the gain there and another 40% tax here. The U.S. rate is 35% and the state rate is about another 5% on a net basis.

Further, in the U.S., there is no corporate break for capital gains, unlike the treatment for individual taxpayers.

Even tougher, we will not get a dollar-for-dollar offset for the taxes paid to the foreign government; we just get a deduction against the gain. Adding it all up, we will pay more than 50% of our hard-won gain to the two governments.

I call that punitive, especially when we should want our corporations to be players in world markets. I call it dumb because the U.S. government should want those dollars coming back to the U.S. to be invested here.

An obvious tax strategy used by global companies based here is to just leave the money in the foreign country and spend it there. We could, for instance, buy R&D there. That means good jobs there, not here. I know one CEO who is doing just that in a different foreign country.

The biggest part of the problem, of course, is the high corporate rate in America. Many other industrialized countries are in the teens, while the top rate in the U.S is 35%. The average top rate of counties around the world is 24-25%, depending on how you count. Ireland is at 12% to lure companies to its shores.

Candidates from both parties, including President Obama when he was running, have proposed going to a 25% top rate, in return for an elimination of some loopholes.

A competitive rate makes sense for another reason. Foreign corporations will continue to acquire American companies and use the 10-point or more tax savings to amortize the acquisition costs. There were $275 billion of such acquisitions in 2014 and we are headed for $400 billion this year.

Inevitably, American job losses follow when a headquarters moves to a city overseas, even if a divisional presence is kept here.

Ryan should be able to make the case to his fellow congressmen that an overhaul of the international tax code would end the acquisition binge and create higher tax revenues as American firms bring home their foreign reserves. Those new revenues should offset taxes lost from a lower overall rate.

A big one-time repatriation from lowering the rates would bring home dollars parked overseas and produce a tax windfall. That would give Congress its road money for a few years.

Why can’t Rep. Ryan, head of the budget committee, make this a bipartisan issue and get it done?