Despite cuts, UWM continues to reinvent itself

The sharp Republican budget cuts at UW-Milwaukee notwithstanding, there’s a lot to tout at the campus as it strives to become a first class, powerhouse economic and educational institution.

One shining example is the recent announcement that the Lubar family has donated $10 million to create a Center for Entrepreneurship. It will serve as a gateway to the main campus. 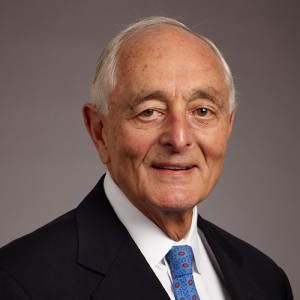 That will accelerate the identification of UW-Milwaukee as a premier “ E-University,” where all departments plant the seed in students that one day they could start a company and create jobs versus take a job. Only a few universities (Babson, Stanford, Utah) have established that brand.

A strategic emphasis on startups bridges the dual identity of UWM as an access university and as an emerging R&D institution. Startups require both technological innovators and street smart graduates who can spark and run new ventures.

The Milwaukee leader who sees most clearly the importance and potential of UWM in this arena is Chris Abele, Milwaukee county executive. At an M7 Council meeting last week, he said, “Investing in UW-Milwaukee is critical for the region. The return on investment is epic.”

He urged the M7 leadership to make a loud, aggressive and persistent case to Madison on behalf of UWM.

As one example of its value to the region, Abel noted that UWM has more enrolled veterans than any other campus in the state – more than 1000.

He has pulled veterans into the management of county government and can’t say enough positive things about their impact there.

Among other standout strategic initiatives at UWM are:

• The new College of Freshwater Science that, despite under-funding, continues to grow in stature as part of the accelerating Milwaukee freshwater technology cluster.

• From ground zero on patents a decade ago, the young UWM Research Foundation has helped investigators land 39 patents, with 50 more in the works. Now UWMRF is moving to turn the new patents into licenses and startup companies.

• The UWM Innovation Campus next to the regional medical complex is taking shape as “co-located” space. That will enable researchers from multiple universities and industries to collaborate on technology breakthroughs. One high-end startup out of the Medical College of Wisconsin has already been launched there.

• The UWM Film Department, ranked in the top 20 in the world, is the hub of an emerging film/video cluster that includes the Milwaukee Film Festival and more than 50 businesses in the exploding digital video world. Video messages are fast replacing text as the go-to communication tool.

• The ambitious $175 million capital campaign for UWM is half way to the end zone. It will more than double UWM’s endowment fund.

• UWM is showing other UW campuses, including UW-Madison, how to establish partnerships with industry. It has deepened its ties and linkages to JCI, Rockwell, GE Healthcare, ABB, Astronautics, Badger Meter and many other companies. Those collaborations include joint R&D projects, new engineering centers, licenses, internships, recruiting of graduates and scientific publications. Benefits flow to all parties.

All of these positive developments are moving ahead despite the reduction of 197 positions to 3,739at UWM from 2014 to 2015, far out-numbering cuts to date at other UW campuses. UW-Madison reduced 9 to 17,336 positions in the same period. UWM will have to make another round of cuts in the spring.

Leaders at UWM and the M7 region have no alternative but to absorb the short-term budget cuts, but also to sustain a long-term goal of making UWM a world-class urban research institution, without ever losing sight of its access mission.