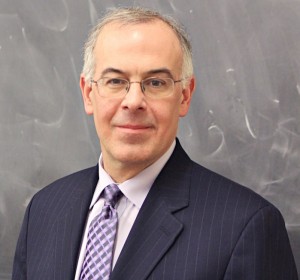 David Brooks, the right-of-center pundit for the New York Times, a balancing attempt on its left-leaning pages, is onto something – health care cost inflation is trending lower – but he hasn’t figured out why.

In a recent column, he summed up the challenge fairly well last week: “If health costs start to rise again the way they did before, then health spending will swallow the economy and bankrupt the federal government. If they are contained, then suddenly there’s a lot more money for everything else, like schools, antipoverty efforts and wages.”

First, let’s be clear, rising health costs for Medicaid and public employees are currently swallowing up other priorities like defense, environmental improvements and education at all levels of government. That’s in the present tense, not the future tense.

Brooks pointed out that health care prices have grown at 1.6% per year over the last five years. That’s one-fifth of the hyperinflation rate over four decades before that.

Like all journalists, The Times columnist is somewhat of a captive to his sources. In his case, he relies often on thinkers from academe, consultants to the health care industry and politicos inside the D.C. beltway. Their common denominator is that none of them write checks for health care. They are not payers; they operate in the abstract.

He would do well to get out and about and talk to payers at the ground level – especially those in the private sector. They are the prime movers in deflating costs. He needs to know that private corporations and their employees pay half of the nation’s health care bill.

Because of that reality, the leaders of corporations of all sizes have set about to fundamentally change the business model for the delivery of health care in America. They are engaged in what’s called disruptive innovation.

Here are some of its building blocks of the private sector stampede that Mr. Brooks needs to learn about:

• Four of five private companies with more than 200 employees have converted to self-insurance. In wonk language, they have “disintermediated” the big health insurers out of underwriting risk. The game is over for the insurers on group coverage. Further, once employers assume the risk, they start managing the health care risks, like they manage all other risks in their businesses. That’s been the missing link until now: management science is being brought to bear.

• The pivotal date for the health care revolution was not 2010 when Obamacare (ACA) was rammed through Congress, as Brooks’ sources suggest, but 2002 when Health Savings Accounts (HSA) were created by Republicans. ACA just kicked off in 2014, so it can’t have moved the needle before that. Besides, most of ACA is inflationary, not deflationary. In contrast, 14 million consumers have signed on for HSAs and high deductibles. This army of consumers is demanding quality of care, service and lower prices. Their employers are showing them the way with better consumer information on value. For instance, a company in Texas called Compass offers transparency and navigation to more than 2000 companies. Consumer-driven plans lower costs 20% to 30%.

• Thirty per cent of the nation’s largest corporations now offer proactive primary care at the work site. They are stiff-arming the reactive, impersonal, short-term oriented model foisted on the nation by large hospital corporations. By keeping their workforces healthy, they are cutting hospital admission rates by as much as half. The on-site clinics offer a range of services, including nurses, NPs, PAs, primary care doctors, PT, health coaches, dieticians, chiropractors, drug dispensing — even some specialists and dentistry. One includes mid-wives. Mid-size companies and some local government payers are following suit. Costs drop another 20% to 30%.

• Private payers are increasingly demanding value: low infection rates, same-day appointments, low readmission rates, bundled prices for procedures and careful selection of specialists. Corporations are cutting deals with the nation’s best hospitals for elective surgeries. They will cover the full cost if employees will travel. Again, costs/prices drop sharply. That is called deflation, and it offsets the inflation in under-managed government payer programs.

Mr. Brooks, these are not small changes; they are profound changes. Health care spending isn’t down because of the Great Recession, as some of your sources contend. The recession ended in 2009.

The throttle on the inflationary curve can be found at the ground level in this innovative nation. It’s happening company-by-company, consumer-by-consumer.

David, you can be the first to let the insiders in on these amazing developments. You can deliver an optimistic message: health costs can be managed and contained. Better yet, the new business model is sustainable because it taps into continuing innovation and behavior change. The disruptive new model isn’t going away.