As far as I can see, there is only one Republican leader in Wisconsin who understands the Medical Industrial Complex that has been driving health costs to an unsustainable level.

Most Republicans just don’t get that god-awful costs are at the heart of what ails the American economy at all levels, from stressed households and small businesses to local, state and federal government.

Okay, don’t take my word for it. Let’s go to the mountaintop, Omaha, Nebraska. Warren Buffett repeated his contention at his recent annual meeting there that out-of-control medical costs are the “tapeworm” eating away at American competitiveness. He is asking for Plan C for national health care reform, one that deals with costs, as opposed to Obamacare (Plan A) and Trump-Ryancare (Plan B), neither of which does. 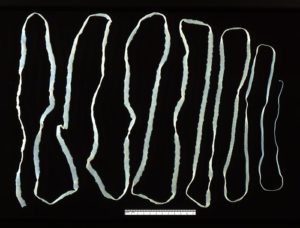 Speaker Paul Ryan and Republicans in the Wisconsin legislature should pay special attention to the one Republican who gets what the Buffett warning is all about: the run-away costs. That would be Wisconsin Gov. Scott Walker.

Walker’s notorious Act 10 (love it or hate it) enabled school districts and local government to manage benefits. The costs of those benefits were driving school districts to the point of insolvency. Health costs in districts were often more than $20,000 per employee.

Smartly run districts and municipalities, including West Bend and the City of Milwaukee, are now well below that number and are saving millions of dollars every year. Further, the benefit was improved, such as adding proactive primary care on site at a low cost. It’s been win-win-win for union members, for education and services and for taxpayers.

In another smart move. Walker refused the expansion of Medicaid, fearing that at some point the feds would walk back their promise of generous funding. And that, of course, is exactly what looks to be happening under Plan B.

Further, everyone has access to care in Wisconsin under his plan, either through Medicaid/BadgerCare for the very poor or through subsidized individual policies on the Plan A exchanges.

In his latest bold move, the governor included in his 2017-2019 budget a shift of public employees to a self-insured plan. The change would save $60 million over the two years. Essentially, the state gets the savings from cutting out middleman expenses.

But, for some reason, the GOP legislative leaders just don’t get it. They aren’t listening to Walker and smart payers. They are waffling on self-insurance.

They worry about uncertainties with self-insurance, under which the state would underwrite its own risks for covering employees. Here’s some comfort for those timid souls:

• Four of five companies in the private sector with 200 or more employees have moved to self-insurance so they can keep the savings from innovative benefit management.

• Almost all the big health insurers and big health providers use self-insurance for their own employees.

• The $60 million in savings is a hard number, locked in by contract.

• The $60 million in savings is just step one on the way to much bigger savings.

Let me explain that last point. Almost all private sector companies that are self-insured move as step two to a consumer-driven health plan (CDHP). A CDHP means a higher deductible and co-insurance, but offset by a personal health account.

Once employees and their families have skin in the game, they become sharp consumers instead of passive recipients of a benefit. Multiple studies over the last decade have concurred that savings of 20%-30% result.

That is a big number, since the annual bill for state employee health costs is about $1.4 billion. You can do the math: at 20% savings that’s $280 million, dwarfing the $30 million per year in savings from just going self-insured.

As step three, self-insured employers often install on-site primary care clinics. They keep their people well and out of expensive hospitals. Again, proven savings are in the 20-30% range, another big number.

Who knew that keeping people healthy and dealing with issues at the primary care level, like in the old days, would save tons of money? QuadGraphics has been saving that kind of money through its on-site clinics, called medical homes by some, for more than 25 years.

Other smart payers have followed Quad, including Rockwell, MillerCoors, NML, Kohler, Briggs&Stratton, West Bend Mutual and many more. Why aren’t the GOP legislators talking to them instead of to the lobbyists for the status quo inside the Madison beltway? (Note: The lobbyists write big campaign checks.)

In effect, these companies have built Buffett’s Plan C.

Speaker Ryan and President Trump should be talking to them when they attempt their superficial reforms.

Once employers are self-insured, like the Employee Trust Fund for state workers should be, once they are managing their own risks, many other reforms make compelling sense.

As just one example, a Milwaukee startup has harnessed artificial intelligence to offer a virtual diagnosis for $40 to $50, compared to $180 office visits. Big insurers and health systems move glacially on such innovations. Self-insured payers move fast.

As another example, another Milwaukee startup offers bundled prices at about half the average cost for medical procedures. Big providers and insurers will fight off the lower prices. Self-insured payers will grab them.

In short, the move by Gov. Walker to self-insurance for state employees is just a bold first step toward an innovative path of reforms.

Ask the Sage of Omaha.