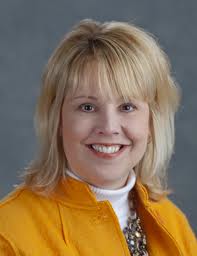 After more than five years of sometimes frustrating negotiations over the span of three secretaries of the Department of Natural Resources (DNR), Serigraph and the agency have completed a contract last week that creates a new template for environmental regulation in the state.

Called a Green Tier 2 contract, it encompasses ambitious environmental goals for the company and for more flexible regulation by the DNR. Call it “green and gold” because it’s a win-win for the environment and for the economy.

Serigraph, which has already attained ISO14000, the top international certification for its environmental management system, has been regulated at three levels: a cap on the plant for air emissions, permits for each new or relocated piece of printing equipment, and limitations and monitoring of ink usage.

Sean Torinus, CEO, remarked at the contract signing that Wisconsin was enjoying a beautiful, sunny day, in sharp contrast to his recent trip to Taiwan and Korea. In his many trips to Asian industrial cities for business, he said he had never seen the sun. An industrial haze blocks out direct sunshine in industrial cities there.

He commented that he didn’t want to live in that kind of environment and didn’t want his kids and grandkids to live there.

That is why best environmental practices are central to the company’s way of doing business.

Since 2000, the emissions of VOCs (volatile organic compounds that cause ozone) have been reduced from the company’s printing processes from 127 tons per year to 18. In the contract, Serigraph agreed to drop by an additional 5% per year, even if business volume increases.

As is usually the case in environmental advancement, technology played a large role.

One break-through was a bio-filter designed by Shrikhant Baht, who received his master’s degree in environmental engineering from UW – Milwaukee. Bio-filters had been used for small-scale odor reduction, but Baht scaled up the process to remove a host of chemicals that arise from the printing process. The air in the plant, believe it or not, is run through a filter bed of wood chips and horse manure and the microbes there eat the petro-chemicals out of the emissions. It is more than 90% efficient.

Gov. Tommy Thompson provided state help when the bio-filter was installed in the late 1990s. He visited the plant and made a snap decision to cover half its cost of $1.5 million from state coffers.

The other major technology advance is the development of ultraviolet curing for new inks. That process yields zero emissions and replaces solvent-based inks. Serigraph chemists developed those inks so they could meet stiff industrial specifications for graphics.
In return for being what’s called “a good actor” status, the DNR agreed to give up its command-and-control model for permitting equipment. A new press that will be installed in October will not have to be permitted.

Further, some costly record keeping for solvents will be eliminated.

The agency is saying, in effect: stay under the emissions cap on your plants and keep reducing your emissions and we will forego redundant and unnecessary micro-regulation.

Note: in 62 years of doing business, never was a Serigraph equipment permit denied.

Also of note: the company is still subject to the same standards as before the contract and to DNR audits. Such audits seldom occur for the state’s 900 printers, so the traditional enforcement really isn’t very rigorous unless a whistle blower files a complaint.

Collaborative regulation, which stresses self-regulation, is a better answer.

The negotiations took so long because the Green Tier contract required a culture change at the agency and a sign-off on every clause by the federal Environmental Protection Agency. Change and innovation never comes easy, especially to bureaucracies.

DNR Secretary Cathy Stepp and Mark McDermid, the DNR manager who persisted and drove the innovative approach, said after the contract signing that they intend to roll out the Green Tier model to  other industries.

The “green and gold” collaboration – if applied broadly across the state’s industrial clusters – could give Wisconsin a much more competitive business climate and a continuing sunny days.