Union losses could spill over to private sector 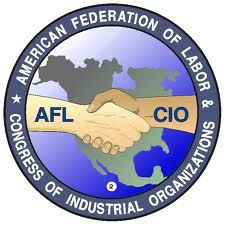 The body blows being absorbed by the public unions in Wisconsin will have many ripple effects in the private sector.

In addition to losing the power to collectively bargain over benefits, work rules and most wage elements, the union movement is losing all-important revenues. The most dramatic consequnce of the new baragaining law has been at the teachers’ union insurance arm — the announcement of a 40% cut in manning due to revenue losses.

It is not yet known how many teachers will see an opportunity to stop paying union dues when the automatic payroll deduction goes away next month, but the number could be significant. Union members will be doing a calculation on whether $1000 a year in dues is worth paying when the union has so little to baragain over. Where’s the return on investment?

The leadership of the TAA (teacher assistant) associations at UW — Madison and UW — Milwaukee recently decided against holding a certification election, another loss of poential revenue. It all adds up to lower financial resources for the public unions and their parent unions, like the AFL-CIO.

The carry-over to the private sector, where unions now represent less than 10% of workers accross the country, will be indirect, yet real:

1. The national unions will have less money to operate with and therefore less money for oganizing private sector employers.

2. The national unions will have less money for lobbying for pro-union and anti-corporate measures.

3. The national and state union organizations, which burned more than $20 million on their semi-successful recall elections in Wisconsin, will have less money for political campaigns for their allies.

4. The decree that public union members will pay 12.8% of their health costs (half the average private sector employe contribution) and 5% of their pension costs  brings more parity with private benefit plans. That means lessened competition for labor from public employers. Severe labor shortages are predicted by the end of the decade, and some private employes are already having a hard time hiring qualified people. So, this is a real change in the playing field.  Public sector benefits have lost some of their allure.

5. The loss of leverage over benefits and wages in the public sector will influence the perceived leverage on both sides of the bargaining table at private corporations. The bar has been raised some on what’s expected of employees in new contracts. For instance, few private employers ask for a 5% contribution for pensions.

The competition for labor will  be the main factor as private corporations strike contracts. They need the kinds of benefits and wages that attract and retain talent. That is the major upward pressure on compensation.

Ergo, getting the economy moving again with business and job creation is the best answer for workers at all levels. A hot market erases marginal wins and losses at the bargaining table.