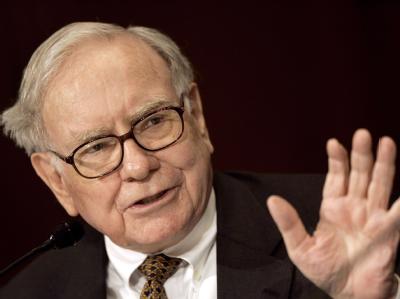 I had an opportunity last week to ask Gov. Scott Walker to help out on the U.S.-China trade impasse. Our new governor had been invited to Chicago by Mayor Daley to meet President Hu Jintao, and I thought there might be a slim opportunity to introduce the concept of balanced trade during his brief interchange with the head of Chinese government.

It is a reasonably straight forward concept amidst a very complex relationship with an increasingly powerful nation that is neither friend nor foe, that is simultaneously competitor and customer.

There are military and diplomatic considerations to every move we make with China on economic issues, and that has resulted in relative stalemate on the trade front. Theft of intellectual property by China’s voracious entrepreneurs continues mostly unchecked; the yuan remains unacceptably under-valued by most estimates, despite a few points of relief over the last decade. And barriers to entry into the Chinese markets remain high to American companies, who admirably persist in their efforts to breach the regulatory walls.
By example, Serigraph is currently trying to relocate a plant in the Guangzhou area, and it is proving exceedingly complicated to get the approvals.

The idea of balanced trade was put forth 15 years ago by the late Harvey Wilmeth, who had been chief economist for Northwestern Mutual Life. Boiled down, it said the Chinese should buy as much from us and we buy from them. Simple: exports have to equal imports. The containers are full going east and west.

Since Mr. Wilmeth put that concept forward, the trade imbalance with China has grown relentlessly. It grew an estimated 20% in 2010 to $270 billion.

That puts into glaring context last week’s announcement by President Obama that China had agreed to buy $25 billion in high-end products, like airplanes, from U.S. manufacturers. That’s about one month’s worth of deficit. It’s a rounding error for the overall problem.

Here’s a broader, simpler way to get a handle on this growing source of pain between the two countries: simply cap the .the deficit at the current deficit level of $270 billion, and then agree to a plan for a 5% reduction in the imbalance each year China is no longer a undeveloped economy that needs aid in the form of unfettered access to U.S. markets. It is the second largest economy in the world.

The rub for China is that its economic rise has been built on exports. Domestic demand has been slow to develop there. But the cap would create the right kind of pressure for the Chinese government to develop a more balanced economy.

This is not a distant issue. Look around West Bend, and you will see large, vacated factories that were put out of business by Chinese exporters. So, while my request to Gov. Walker was a little impertinent (would the president of China listen to the governor of one of 50 states?), it was pertinent.

China needs this trade tension resolved as much as the U.S. does. We can’t go further into debt to China, and China needs free trade policies to hold the upper hand over protectionism in America.

I thought that maybe Harvey Wilmeth and I were the only ones who liked the idea of bilateral negotiations. The geniuses in Washington D.C. prefer multilateral trade negotiations that take literally decades to complete. Russ Darrow did introduce the idea in his U.S. senate campaign six years ago.

Then Warren Buffett proposed a chit system similar to what Mr. Wilmeth had in mind. China would get chits for every dollar of goods or services they purchase from the United States, and those chits could be used for export privileges.

Those two brilliant voices from the heartland need to be listened to. This country literally cannot afford more red ink in 2011 in our trade account with China. We need to keep trading with China, but it’s time for a tourniquet on the accelerating imbalance.

I wonder if Gov. Walker asked the question.