As the 2020 season starts for the Green Bay Packers in an era of general chaos, it’s appropriate to step back and look at the big picture for the franchise.

If you love how the Green Bay Packers have evolved over the last century, you have to appreciate how the non-profit organization is poised financially, strategically and ethically for the next 100 years.

Not all their bets for future years will pay off, but financial foundation for the Packers is on solid ground due to astute management over the years and unbelievable community and statewide support.

There has always been a high level of anxiety in Green Bay about the team’s staying power in a league dominated by multi-millionaires, even billionaires. The Packers board of directors is largely an old boys club of local business managers. They have been exceptionally astute competing with the big boys. They have done well on many measures. 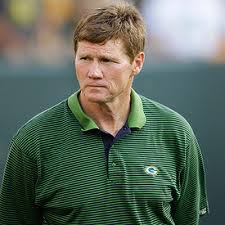 Going forward, the current board and CEO Mark Murphy will need to stay very sharp in the face of exceptional challenges from the pandemic, the resulting recession, and the social unrest that is rocking our society.

Job one will be to position their franchise on the right side of the Black Lives Matter. With many black players, diversity has been a strength for the whole league.

Job 2 will be not to lose major money during the 2020-2021 football and fiscal year. That will be a challenge without fans in the stands.

Job 3 will be to keep the players and staff healthy amidst the COVID dangers.

That’s a lot of available liquidity to deal with the external challenges.

Treasurer Michael Simmer, a banker commented, “Our balance sheet is strong and will help ensure our survival through the pandemic.” It is interesting he used the word “survival.” He knows that you can’t have enough reserves in a disastrous business environment like we all face in 2020.

Look at it this way: If ticket sales and concessions drop by half, at least $100 million goes off the top line.

A big percentage of the team’s costs are fixed in player and coach salary contracts, at least for a year or two. Costs don’t drop as fast as revenues drop, meaning that the revenue loss could wipe out the profits for 2020. There could even be a big loss.

Pray for a decent season, so the Packers can keep doing all the right things on and off the field.

Its “Give Back” efforts last year put some $9 million into community building efforts through donations, signed items and 800 appearances, about 15 per player. Outstanding!

The Packers are redeveloping the area west of Lambeau Field and have started a small venture fund for startup businesses, the most effective form of economic development.

Its social justice initiative, important for an organization with a lot of highly paid and highly visible minority players, was led by CEO Mark Murphy and his wife Laurie. They donated $250,000, and Packer players matched that amount. That’s real leadership.

Their civic efforts should help offset losses in ticket sales to people who are turned off by mixing social activism with sports as entertainment.

Footnote on why we know the Packers’ numbers: My brother Tom, a TV news director in Green Bay in the 1970s sued the Packers successfully to force the non-profit, public franchise to make its finances public. It was dicey, as our dad was secretary/treasurer at the time. We think Dad, a news guy, quietly agreed with the move to the transparency. It increased public trust for the franchise.