Of all the issues facing Wisconsin, protection of our challenged fresh water assets has to be right at the top.

So, the concept forwarded by the University of Wisconsin Board of Regents to create a Freshwater Collaborative that encompasses the whole system is right where it needs to be.

The pooling of UW System resources was hatched last year at the new School of Freshwater Science at the University of Wisconsin – Milwaukee, the hub of the statewide effort.

As the collaborative kicks off, it should depart from the general university practice of allowing individual scientists do their own esoteric things. Instead, it should tackle the big issues facing the Great Lakes and the inland rivers and lakes. It should pull the scientists together in common cause – the existential challenges to the five lakes.

The challenge that leaps off the page is the carpet of an estimated 950 trillion quagga mussels in Lake Michigan that is massively changing the food chain of the Great Lakes. As one example, the invasive aliens have in about a decade decimated the once-glorious perch fishery. 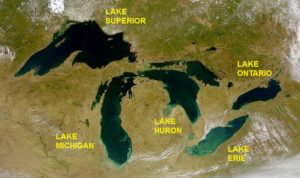 A second major challenge is the potential invasion of Asian Carp into the Great Lakes. It would destroy much of what’s left of the lakes’ fishery, and no one is satisfied with present or proposed controls.

Scientists once figured out how to get a handle on an earlier invasive species, the lamprey. Can’t they put their collective brainpower together to solve the quagga quagmire.
Not all responsibility for fresh water protection falls on the scientists. Speaker Robin Vos has organized a Task Force on Water Quality to mobilize political solutions. It will initially deal with deal with tough issues like the phosphorous and manure run offs that have a broad, negative impact, including on the dead zone in Green Bay and the purity of private water wells.

The political leaders know they need to know the underlying science to deal intelligently with those controversial issues. The new collaborative needs to work with the Vos task force.

Val Klump, dean of the School of Fresh Water Sciences, put it well when he said recently, “We’ll science our way out of these issues.”

The collaborative is a unique structure for the UW System. The 13 campuses don’t work together very often, especially on major projects. To do so will require leadership, unusual cooperation and funds from the governor and the legislature.

The System has asked for a $27.6 million over three budget cycles. That’s a minor investment, given the high risks and rewards stakes in water conservation or degradation.

UW-Milwaukee is the right hub for the collaborative, since it is connected with the fresh water cluster in the M7 region. Privates businesses could be pulled into the solutions. They have a lot at stake, since most of the state’s businesses are water dependent — agriculture, energy, food and beverage, tourism, recreation, commercial fishing, shipping and manufacturing.
More than three-quarters of the state’s jobs are deemed to be water dependent.

The collaborative will probably focus on training for water-related jobs, and the task forced will focus on run-off. Both are essential. But they need to step up to the over-riding challenges of the invasives as well.

It is politically noteworthy that Speaker Vos is leading the Republican Party into the water issues. Republicans have ducked conservation issues for decades. In addition to doing the right thing, he must have done the political calculus that water conservation plays well with the voters.

If he leads the way to bringing back the once hallowed perch fishery, he could be a governor.