Ezekiel Emanuel, one of the nation’s gurus on health care economics, got it right when he said the battalion of democratic candidates has been debating the wrong issue: coverage, when the main issue should be affordability. 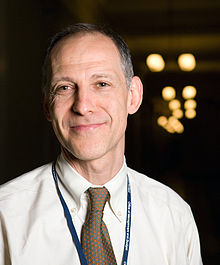 It’s pretty simple economics: if medical prices soar to the moon, it’s obvious that people are going to go uncovered because they can’t afford the premiums, deductibles and co-insurance.

Even the taxpayers can’t afford universal coverage if the costs aren’t brought to heel.

Let’s look at the $60 trillion over ten years (my number) that the Sanders Medicare for All would require in terms of higher taxes – if management disciplines aren’t brought to bear to lower costs.

The most likely tax to raise for under-managed universal coverage is the payroll tax. It’s a big enough tax base to get the job done, as opposed to taxing the rich, a relatively small tax base.

On top of that, as an reference point, my company and its co-workers pay $5.8 million for health care, and the annual payroll of $25 million. That’s an additional 23% of payroll.

But, and it’s a big “but,” Serigraph and other well-managed self-insured plans run at 30% below the national average. So, figure a least 30% of payroll to cover health costs at the average organization.

The citizens of this country might go for the 37%, but probably not the 44%.

Remember, half the citizens are also paying state and national income taxes, state sales taxes and local property taxes. That build-up of taxes would put a majority of citizens at well over 50% of pay going to the government.

Senators Sanders and Warren don’t do the above arithmetic. It would be a hard sell at the ground level where the voters are.

Fortunately for more economically astute candidates, there are managerial practices that, if combined with intelligent regulation, could get the health care done for all Americans. Let’s go through the potential cost-cutting solutions, starting with Emanuel’s government answers.

The private marketplace for drugs is not working. It’s a non-marketplace. Emanuel suggests national negotiations and maximum drug prices. Price controls don’t work well in most sectors, but nothing else has worked either.

Another path is to enable Medicare, the biggest payer in the land, to bargain drug prices.
Emanuel proposes more government intervention through a national clearing house for medical bills and payments.

And he calls for value-based payments, like a bundled price of $26,000 for a joint replacement. Such fixed, transparent prices are being widely adopted by corporate payers.

Beyond his list, these are the best practices and disciplines that also drive down costs, and therefore prices, such as:

• Toyota-like lean disciplines in hospitals and clinics. These quality and cost disciplines are just taking hold in the health industry. Payers need to push the industry for quality and value metrics.

• Incentives and disincentives to make all patients think like consumers. Health Savings Accounts are an example.

• A medical home for every American so proactive primary care can take the place of lots of expensive specialty care.

• In the medical homes, institute intense chronic disease management to keep people out of dangerous and expensive hospitals. For example, every diabetic can and should be under control. Private companies have proven that on-site of near-site clinics can cut costs by 20% or more. Every health plan should require a “home.”

If one of the candidates wakes up and starts talking seriously about affordability and management of costs, listen up. That would make him or her a real problem-solver, not just a sound bite demagogue.

This entry was posted in New Health Care Model. Bookmark the permalink.