Bernie’s numbers look low for Medicare for All

Introduction: Since health costs are looming as the biggest issue in the 2020 presidential election and are by far the biggest economic issue facing the country, I will be writing a series of pieces on the management of health costs, which every private company works hard to control. Politicians talk about coverage; private payers like me worry about costs and quality of care. Obviously, the soaring costs are the major reason why people go un-insured or under-insured. They can’t afford the premiums. Here goes the first in a series:

Sen. Bernie Sanders likes big numbers when he talks on the stump about Medicare-for-All. It will cost, he guesstimates, $40 trillion to $50 trillion over ten years. 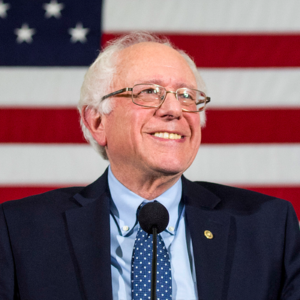 What’s plus or minus $10 trillion, Bernie? It’s close enough for government work, right?

Note: Politicians like the decade-long totals because most won’t be in office ten years out and therefore won’t be held to account if the numbers run way higher than projected. Further, no one has a clue about what health costs are going to look like in ten years, so those la-la-land numbers are virtually beyond debate.

But let’s do some big numbers anyway. The country is now spending about $3.65 trillion annually on health care (about 18% of the economy). We are already close to the low end of Sander’s range of $4 trillion per year times ten years, or $40 trillion.

Further, there are about 30 million Americans with no coverage. To achieve “Medicare for All,” the country’s taxpayers will have to pick them up for coverage.
We as a country are currently spending an average of $11,212 per person on health care. At that number, the cost of adding 30 million lives will be $336 billion per year. That addition puts the potential national spend at about $4 trillion.

But here’s the rub. Sen Sanders does not crank in the 4% inflation rate. Over a decade of inflation that would bring the total to almost $60 trillion per year by 2029.
The median over the decade is about $50 trillion, the high end of the senator’s range, by 2025.

Some economists predict that health costs will start to soar well about the 4% inflation rate starting in 2020. If they are right, the $60 trillion projection will be way low.
Understand, too, that the 4% rate is the lowest in two decades.

There’s another rub. The socialist senator really believes that a government-run program can be run more efficiently than health plans run by private sector employers. Four of five of large companies are self-insured, so they manage health costs and employee family health rigorously.

Private corporate payers that have developed innovative best practices deliver high-value health plans at less than $7,000 per person. At my company, the number for this year is running at $6,694 per member of the plan. Note: the plan includes dental, pharmaceuticals, a free on-site primary care clinic, free generic drugs and free surgeries at high-quality clinics where we have cut a deal for bundle prices. It’s a first-class plan.

In short, we are spending at about 60% of the national average. This is possible because of management rigor by the company and its employees. The employees know we are in the care management together. They help to co-manage the health cost beast by being good consumers and by keeping their families well and out of hospitals.

Here’s another personal insight that might help Sanders’ competitors arrive at a sensible plan for universal coverage. I am about to turn 82, so after more than 50 years of paying into the federal Medicare Fund, I decided to leave our company plan and go to a Medicare Advantage plan. That care is virtually free once the low premiums are paid. Guess what? I used to be a cost hawk. I watched every charge. Now, I don’t care. Very little of the price of care hits my wallet.

So, Bernie and fellow thinkers, expect that same change of mindset to occur with the 160 million Americans on company plans if you move them to “free” Medicare-for-All.

As with the soaring cost of Medicare after it became law in 1965 — way above all projections — expect Bernie’s numbers to be way on the low side.

Please, Senator Sanders, go talk to proactive private payers. They can show you how to lower the costs enough to pay for universal care.

Don’t be a demagogue, Bernie. Don’t just listen to the sound bites in your own head. Be a problem solver.