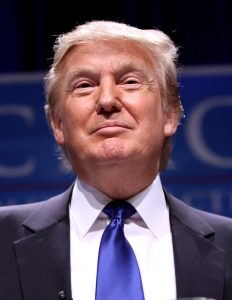 In the eyes of many, the fuel that fed the Trumpian and Sanders bonfires was economic stagnation across a broad swath of the middle class in American.

The resentments from not moving ahead, or from their fear that their children will not do better than they did, have become deep and raw. Their frustrations led them to anti-establishment candidates.

How did that happen, even as the economy steadily recovered from 2009 on? The case can be made that the explosion of health costs robbed middle class households of their rightful advance in prosperity.

Let’s look at some numbers. My company and other innovative employers are delivering a full health care benefit for about $12,000 per employee, including dental and drugs. That’s one benchmark for what health care ought to cost in America.

Compare that to the average cost in the country of more than $20,000 per employee in 2016. (That’s a middling number drawn from a number of sources.) That staggering total is more than many low-income workers make in a year. 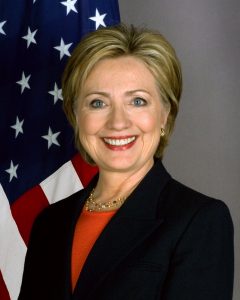 Consider the difference of $8,000 as the over-charge plaguing the country. Some of that excess should be in the coffers of employers and some in the bank accounts of employees. If half, or $4,000, were in the bank pockets of American families annually, their frustrations would dissipate.

On a macro economic level, the national health care bill of $3 trillion could be cut by one-third, or $1 trillion, if best practices developed in the private sector were adopted broadly. We would no longer be at 18% of GDP for health care, by far the highest in the world. The U.S would be more in line with other western nations.

Back to micro to make the point another way: Each employee at Serigraph is contributing about $1,000 toward the company’s health care bill of $12,000. That low contribution is their reward for co-managing the costs as health conscious and smart consumers.

If that same employee were working at a company where health costs were $20,000 per employee, and the split were a more normal 75% employer, 25% employee, the employee share would be $5,000. Here’s the point: when health costs are under control, an employee spends several thousand dollars less out of his or her pocket.

So much for the numbers, because the economic case for what is called Value Healthcare is beyond debate.

So, why then are not out-of-control health costs a main topic in the presidential debates? Health care hyper-inflation is far and away the biggest economic challenge to the country.

Hillary Clinton doesn’t go there, because her party’s Affordable Care Act (ACA), aka Obamacare, is imploding. Her husband agrees it has failed. In fairness, ACA solved some of the national access issue, but it has done next to nothing on the cost side.

Further, ACA has promoted consolidation of insurers and hospital corporations. Those moves reduce competition and can only spell higher prices. Collusion is inevitable. Don’t totally buy their arguments about greater efficiencies and integrated care
.
Clinton’s agenda is to double down on more government spending for care, maybe even Medicare for all. The current government program is driving up premiums and deductible charges, so we should do more of it?

Trump doesn’t bring up the cost issue, even though it is plaguing his constituency, because he knows next to nothing about health care policy. Sen. Rubio proved that in the primary debates.

Other GOP leaders who talk of repealing Obamacare offer little substance on its replacement. They and Trump could advocate Value Healthcare as an amendment to Obamacare and look smart. They only need to learn from their business friends on how to do it.

Mitt Romney ducked the cost issue in 2012, and he lost. You would think the Republicans would learn.

The City of Milwaukee learned. Its leaders worked with nine municipal unions to install self-insurance, consumer incentives and on-site proactive primary care. That’s the most of Value Healthcare. Instead of spending $200 million per year, the city is delivering care to 6500 members for about $100 million.

Some of the city’s savings will end up in the pockets of employees. The unions get that. Why not the presidential candidates?