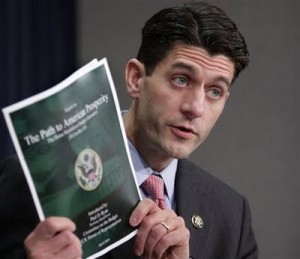 The principal villain in the budget dramas playing out in statehouses across the country and in the nation’s capitol is the unrelenting rise in health care costs.

The inability to put a brake to that upward inflationary spiral is squeezing the life out of investments in education at all levels, in technology advancements and in environmental improvements. Budgets for those strategic priorities are being slashed to cut deficits driven by bloated health spending.

Political and government leaders are in a time-worn rut when it comes to budgeting for health care. They either try to raise more money – higher taxes. Or they try to cut back on coverage or reimbursements. Neither answer thrills the citizenry.

Budget balancing leaders, like Rep. Paul Ryan and Gov. Scott Walker, both of Wisconsin, deserve high grades for facing up to fiscal realities. Ryan, the House budget manager, faces red ink as far as the eye can see. Walker faces the biggest deficit in Wisconsin history. But neither grades well in bring innovative management to bear on the health care cost issue.

There aren’t many silver bullets in life for solving complex issues. Fortunately, there are already three loaded in the chamber for lowering health costs. Derived from years of innovative leadership in the private sector, they are:

The most effective private sector employers are using these silver bullets to drop health costs to about $7000 per employee. That compares to $20,000 plus for most public payers. It’s like they are operating in two different worlds.

These are not funny numbers. The best practice costs by private payers are audited, proven, replicable and beyond debate. They are hard numbers.

There should be a convergence between the work of Ryan and Walker. One piece of Ryan’s grand plan for the federal budget is to reform Medicaid by turning its management over to the states. Instead of the current split of about 60% federal and 40% state funds, the federal government would send a bloc grant to the states and let them innovate.

That opens the door to best practices at the state level. It’s already happened in Rhode Island. The Obama Administration gave a bloc grant to that state as a pilot, and costs have plummeted. The Rhode Island administrators have come up with a variety of solutions for cost reductions.

The Walker Administration should seize on the Rhode Island success and apply for a similar waiver. Half of the projected Wisconsin deficit of $3.6 billion is caused by Medicaid overruns, so the need for a better model is glaring.

Could Ryan use his clout to clear the way for a Wisconsin waiver? Other less controversial states might have a better chance. But it’s worth a shot.

The medicine wouldn’t taste bad at the level of the Medicaid recipient, because the private sector reforms that could come into play actually improve coverage and health.