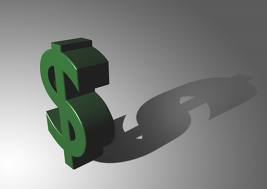 The belief that entrepreneurs can reinvent the Rust Belt economy was given a dual boost in March when two young Wisconsin companies sold for a total of more than a half billion dollars.

Mortgagebot, a 1997 mortgage applications venture by M&I that was spun out in 2001 to a management team led by Scott Happ, sold for $232 million.  Its new owner, Davis & Henderson, said it will keep the venture’s 105 employees in Mequon, Wisconsin.

He started Dr. Comfort in 2002 with the help of a Chicago investment firm.

It’s a good bet that the happy founders and investors in both companies will redeploy some of their capital gains into other start-ups in the region.  That is exactly the virtuous cycle that can and will be replicated many times over as a growing number entrepreneurial heroes spark new economic life in terms of both wealth and job creation.

The two companies created more than 300 jobs. This bears out the research from the Kauffman Foundation that made the startling finding that all net new jobs in the United States emanate from young companies.

So the question has to be asked:  Why do the economic developers in the Heartland spend a disproportionate amount of their time and resources trying to lure companies from other states when they could better spend their energies helping entrepreneurs get off the launch pad?

A further silver lining in the startup strategy is that, little, if any, taxpayer money was involved in the launch and success of these two enterprises.