Will Aurora merger pay off for customers?

For the life of me, I can’s see how the proposed mega-merger between Aurora Health Care of Wisconsin and Advocate Health Care Network of Illinois will benefit payers like my company Serigraph or its co-workers. 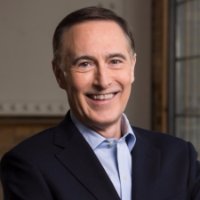 The main rationale for the executives and boards of the two non-profit corporations must be that bigger is better in a rapidly changing and consolidating industry. They must believe they will have more clout when dealing with the major health insurance carriers.

But more clout on the provider side means higher prices, not lower. Do corporations seek more leverage so they can lower prices? Don’t be naïve.

Further and most importantly, the monster issue in health care is rising costs and therefore rising prices. Despite all the consolidation in the Medical Industrial Complex (MIC) over the last two decades, costs/prices have risen inexorably at two to three times the general rate of inflation. Clearly, consolidation is not a lever for more affordable healthcare.

There is always the story from the big providers that acquisitions mean fewer handoffs and more integrated care. Some of that may be true, but the bigger organizations also result in more bureaucracy, more layers of management, more inertia and less nimbleness in decision making. This mash-up, however, is a side-by-side arrangement, so more integration is not in the play.

Indeed, putting the two large companies together will take an enormous amount of executive time and effort. It will consume the executive teams for several years to come.

For openers, they have two different software systems. One software vendor will win the combined business in the end, so imagine the disruption when that conversion of one of the two merger partners from their existing platform to the other. That conversion will add huge costs in the near term.

Merger spokesman invariably say their combination of the day will result in more innovation. Be skeptical. Almost every business savant sees the opposite. Big corporations are innovation killers. They often buy their innovation by buying smaller companies. They sometimes set up separate skunk works to try to protect their innovators, not always successfully.

In another dimension, the press releases said there would be no headcount reductions as a result of the merger. That says there will be no synergistic cost savings. If that’s true, where’s the cost/price help for payers?
It’s probably not true for the long run. Overlaps at the executive and administrative levels will eventually be eliminated. For example, Nick Turkal, 61, Aurora CEO, and Jim Skogsbergh, 59, Advocate CEO, will be “co-CEOs.” That arrangement will be unsustainable and will give way to a single CEO at some point.

Will there be two chief financial officers? Doubtful. Two chief medical officers. Ditto. And on down the line.

Top executives nearing retirement often like to make a big deal on the way to the pasture, so that could have been part of the energy behind the urge to merge. And bigger organizations usually spell bigger compensation packages for the executives who survive the merger – another major motivator.
Sometimes mergers help one side or the other to a better financial footing. But that’s not the case in this deal. Neither of these two non-profit corporations looks like a “non-profit.” They are both coining dough.

Tax-exempt Aurora made almost 10% of $5.1 billion in revenues in 2016, and tax-exempt Advocate made almost 11% on $5.6 billion. Their combined profits topped $1 billion. Most for-profit companies would kill for those margins.

Aurora’s profits in recent years have allowed it to pay off a lot of debt. It was once very leveraged from earlier acquisitions. It is now in a strong position.

Its healthy balance sheet has allowed it to make many community-building investments, such as a recent partnership with Marquette University for a sports medicine research center and the creation of an early stage venture fund.

In fairness to Turkal and Aurora’s leaders, they have brought their costs somewhat into line over the last decade after several prior decades of being a price leader in the nation.

Nonetheless, high inflation continues in the local Medical Industrial Complex. From a payer point-of-view, we would be good to hear a pledge from Turkal and Skogsbergh that some deflation will follow the merger. That’s prices going down, not up.

Aurora, which operates in markets that are duopolies or triopolies, doesn’t have much pressure to lower prices, but it’s the right thing for a non-profit organization to do.

It also makes strategic sense for the long term. Unaffordable health care will eventually result in a nationalized system and price controls set by bureaucrats.