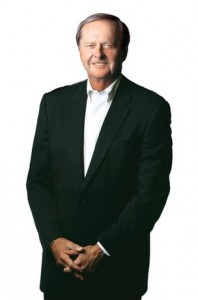 Can the brain drain of more than 10,000 college graduates per year from Wisconsin be reversed? Some big hitters from Southeastern Wisconsin think it is already happening.

Gary Grunau, who was awarded the George Dalton Inspirational Entrepreneur Award at a shindig for opening of new offices for BizStarts Milwaukee in Grunau’s Schlitz Park development, said, “Young people are back downtown now.”

He pointed out that more than 600 people work in the renovated Schlitz buildings. “A vast majority,” he said, “work in startups,” attracted to facilities there that feature fitness centers, bike paths, and vendors of healthy food.

He disclosed that three more deals are in the works that will bring 200 more jobs to the Schlitz complex, partly because of the availability of talent. “Cities are where it’s at.”

Milwaukee Mayor Tom Barrett chimed in on the same note: “I have never seen more energy among young people” He noted that there are more people working at Schlitz Park than when Schlitz made beer there.

He reminded the BizStarts supporters of the entrepreneurial boom when Dan Hoan was the specialist mayor from 1916 to 1940. It’s happening again, he said. “It really has been a revolution.”

Milwaukee County Executive Chris Abele, who just launched an early stage investment fund with personal funds, also hit the startup theme hard. “Enterprise is what we should be celebrating. We can hit it so far out of the park that we can change the game.”

Abele said one his fund’s first two investments, Docalytics, just placed in the top ten in a Google business plan contest out of 1800 entries. Its Minneapolis founders moved here and are planning to stay here, even though its founders could easily move elsewhere. Steve Case, AOL founder and startup guru, put $100,000 into each of the ten Google finalists.

Abele used two metaphors to make his point about building the entrepreneurial ecosystem. “They (entrepreneurs) show up on a bicycle, and we put them on a motorcycle.” He said the work of community leaders is to “pour more gas on the fire.”

He observed that if each of those new enterprises added ten jobs, the 250,000 jobs goal would be met.

Ron Sadoff, a veteran investment manager, asked at the meeting, “When is the last time you saw the governor, mayor and county executive on the same page?”

The BizStarts turnout and expressions of support by regional leaders demonstrates that powering up the entrepreneurial engine has become a bipartisan, core strategic priority for the M7 region and Wisconsin. Gale Klappa, CEO of WE Energies and an early and consistent backer of every initiative to help entrepreneurs get out of the starting blocks, announced a $15,000 M7 grant for BizStarts, a non-profit corporation.

BizStarts President Dan Steininger announced that the organization has switched its strategy from a focus on high-growth startups, known as “gazelles,” to promotion of all size statups, which he labelled as “deer.”

The most telling evidence that the startup strategy has gone mainstream was the presence of a good number of the big hitters in Milwaukee. Joining Grunau from the ranks of the new BizStarts Hall of Fame for regional entrepreneurs were Bob Hillis of Direct Supply; Joe Bartlett of restaurant renown; Tom Shannon of Prodesse and the BrightStar Fund; Anne Zizzo of Zizzo Group Marketing; Kenneth Szallai of Lake Express; Greg Tushaus of Tushaus Computer Service; Randy Spaulding of Spaulding Clinical Research; Jeff Rusinow, a Wisconsin angel investing pioneer; and Karen Ellenbecker of Ellenbecker Investment.

Mike Lovell, current chancellor of UW – Milwaukee and new president of Marquette, and Rick Telfer, chancellor of UW – Whitewater, represented the academic side of the startup equation. Ellen Gilligan of the Greater Milwaukee Foundation, Bill Haberman of the Herzfeld Foundation and Julia Taylor of Greater Milwaukee Committee flew the flag for the non-profit supporters.
The people who did the heavy lifting to get BizStarts going in 2008 were also present: Marcia Theusch, who was loaned to the effort by the City of Milwaukee; Dave Linz of the Wisconsin Entrepreneur Network; Tom Lieven, who did the accounting work; Nick Kees of Godfrey & Kahn; and early board members like Paul Eberle of Whyte Hirschboeck; Ann Hanna of Schenck; Kishor Patel; Herb Zien; and Susan Crane of WE Energies.

In short, the depth and breadth of support for reinventing the lagging Milwaukee area economy through entrepreneurs was impressive. Finally, we have an economic strategy that everyone agrees with – especially the people willing to take the risks with big new ideas. A good percentage of those are young people who either leading startups or working at new enterprises.

This surge of startup energy hasn’t shown up in the migration numbers yet, but it will.