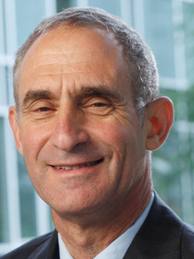 Daniel Isenberg, a professor at Babson College in Boston, known for its entrepreneurial offerings, told Milwaukee leaders this week that a benchmark for venture activity in a region is one startup per year for every 50,000 to 150,000 people.

At about 1.5 million in population, Southeastern Wisconsin is deserving of a passing grade. The M7 region has been averaging about one high growth startup per month for the last 3 ½ years, or about a dozen ventures annually.

Forty have kicked off with outside investment money since BizStarts Milwaukee started keeping that metric for the region in 2008.

BizStarts doesn’t count them unless they attract professional investment and have the potential to each $20 million in sales or enterprise value.

That generally squares with Isenberg’s contention that it is companies that hit 50 employees in their first year that drive most job growth in America.

BizStarts has just updated its strategic plan for 2012-2015, and it calls for a doubling of that rate to two per month.

“When we accomplish that goal through our network of more than 2200 players in the regional entrepreneurial space, we will deserve an ‘A’ grade,” said Daniel Steininger, president of BizStarts.

“In ten years, we as a region will have launched more than 200 ventures, and with business creation comes job and wealth creation,” he added. ”We are well on our way.”

Professor Isenberg warned against putting entrepreneurs into a proscribed sector or cluster, saying they are often contrarians who “others see as worthless, impossible or stupid.”

BizStarts again squares with his thinking. It supports a wide variety of ventures that spring from a diverse business base in the seven counties of Southeastern Wisconsin.The 40 companies launched in the region have ranged from advanced manufacturing to drug testing, medical devices, software applications, educational tools and pharmaceuticals.

Isenberg urged regional leaders to focus on value creation instead of solely innovation.

His general theme was that the promotion of entrepreneurship is something like “black magic.” An entrepreneurial ecosystem requires human capital or talent, access to markets, public policy leadership, the right culture, support organizations like BizStarts, and capital.

Steininger said the region is well on is way to developing an ecosystem that supports entrepreneurs, but still lacks sufficient early stage capital.