Despite recall, Act 10 will survive for years 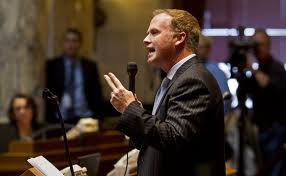 With recall politics now at a fever pitch in Wisconsin and the June 5 election coming up soon, it is important to note that Act 10 that clipped the wings of public union power will remain in place at least through 2012 and possibly a lot longer.

The impact of the election on Act 10 may be larger in the minds of some voters than political realities portend.

That is true even if the Democrats take back the state Senate and the governorship, because it takes a majority in both houses and the governor’s pen to make or reverse a law.

And, whatever happens on June 5, Jeff Fitzgerald will still be speaker of the assembly. He won’t be speaker after January 2013, because he is giving up his assembly seat to run for the U.S. Senate, but he will be speaker until then.

While he and the Republicans control that body, there is no way they are ever going to agree to undo the key elements of Act 10, especially the limits on collective bargaining at the state and local levels.

Further, with a 20-seat margin going into the fall elections, it is highly unlikely that the Democrats will regain control of that chamber in this cycle. The coattails of Barack Obama may or may not be long in November, but they need to take away 10 more seats. That’s a very tall order, especially since the GOP-controlled legislature wrote the district maps to their advantage.

Nor will there be another recall that involves the assembly. That house is mostly immune to recall, because the seats are only for two-year terms, and members must be in office for at least a year before recall process can start. Unions and Democrats could launch a recall of Republican assemblymen in 2014, but why do that when they are up for reelection in November 2014 anyway?

Thus, Act 10 looks to be around until at least January 2015, the earliest a Democratic majority could take over the Assembly.

Meanwhile, the savings from the escape from collective bargaining continue to mount. They have been estimated at more than $1 billion already in the 3000-plus units of local government. As that total climbs, and it will climb, the electorate will become more interested in its durability.

The first round of savings came from cost shifting to state and local employees in the form of higher contributions to health and pension plans.

Some are even going to self-insurance plans, which can mean added savings.

A third round of major savings has just begun. That is the move to consumer-driven health plans (CDHP), under which high deductibles are offset by health accounts in the name of the employee. Four of 42 school districts have made the move, and so have six of 72 counties. Four national studies have put the savings from getting incentives in place at 20% to 30%.

A fourth round of major savings won’t be far behind. The West Bend School District has already begun an analysis of putting in an on-site health clinic, because they have watched major corporations lead the way on that new business model for the delivery of health care.

In Wisconsin, major corporations like QuadGraphics, NML, Briggs & Stratton, Kohler and MillerCoors have installed proactive primary care. Once again, typical savings are huge, ranging from 20% to 30%. Company doctors are motivated to find the best value for treatments beyond primary care, and they work to keep company workers out of expensive hospitals.

In summary, a stampede has been unleashed in the management of public employee plans, mostly with no harm done to the quality of health care. Indeed, the argument can be made that the new model delivers better health care.

Could these massive savings and fundamental change in benefit management been accomplished with collective bargaining been in place? Highly unlikely. Change-resistant unions give ground only slowly.

So, whether Gov. Scott Walker survives his recall, or whether the state senate, now in a dead tie at 16-16, flips to the Democrats, Act 10 is going to get a chance to prove itself for at least more three years.

The campaigners will dodge the dynamics of Act 10 over the next three weeks, because the public is split pretty evenly and pretty decidedly on the merits of collective bargaining through public unions. Walker, Tom Barrett and the campaigners for four senate seats will talk job creation, education funding, debts and deficits.

They are right. It is a big deal here and for the nation. Nothing less than the solvency of government at all levels is at stake.

As for Fitzgerald, he is running third of fourth in the polls for the GOP senate nomination, but did come close to winning the endorsement of his party last weekend because of his championing of Act 10. Whether he wins or loses, his shadow will hang over Wisconsin politics for a long time.