Willy Loman would make it today 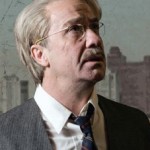 And his classic play “Death of a Salesman” is less relevant today than when written 60 years ago.

I attended a brilliant performance of Miller’s masterpiece at the Milwaukee Repertory Theater last week and was stunned by the mesmerizing portrayal of Willie Loman by Lee Ernst, a veteran actor with the resident company.  Willy was a striver, dreamer, BS artist and therefore ultimately a first class loser. Human as he was, it is hard to gin up any sympathy for him as he clings to his chosen lot in life, that of a road salesman — a drummer in the parlance of Miller’s time.

Our group of four playgoers was thoroughly down and exhausted by the  three-hour play that ends in Loman’s misguided suicide.

The next morning, though, I managed to generate a positive thought. If Willy and his family were living in today’s world, things would be much better. To wit:

Miller did get us all thinking deeply about how to live a life and raise a family in today’s context. So the play’s core challenge survives.

It’s just that I have a low tolerance for losers, and I prefer happy endings.