Wise men and rules for going to war 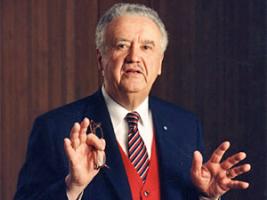 Bob Gates, a wise man who has served two presidents as Secretary of Defense, and Lee Sherman Dreyfus, the late red-vested governor of Wisconsin, agree on the subject of war.  After Dreyfus, an Army veteran, stepped out of state office, he opined that America should not go to war unless attacked.  He meant if our vital interests were attacked.

Last week, Gates, 67, who is headed for retirement, said he had grown wary of entering “wars of choice.”

His complete quote was this:  “If we were about to be attacked or had been attacked or something happened that threatened a vital U.S. interest, I would be the first in line to say, ‘Let’s go’.  I will always be an advocate of wars of necessity.  I am just more cautious on wars of choice.”

Early on, former Defense Secretary Donald Rumsfeld scoffed at the estimate that the war could cost as much as $200 million. It was to be a quick war.

The reason for being militarily engaged in those countries has little to do at this point with defending our national interests.  We are doing “nation building” in Afghanistan and Iraq, an activity the Bush Administration initially derided.

Note: the Libyan action under the NATO umbrella has nothing to do with a threat to the U.S.

Our leaders have been far too cavalier about committing our military, and they have violated a number of these cardinal rules of warfare:

Both Gates and Dreyfus were past the high testosterone phases of their male journeys.  Ergo the wisdom.

War isn’t about proving something, like how tough we are, or how tough an image the reigning president would like to portray.

Fights and wars are only for when reality demands them in the most compelling way, because, once unleashed, no one can predict where the dogs of war will take us.