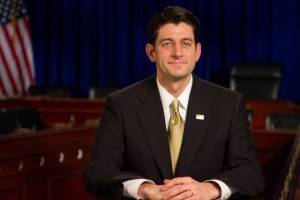 I gave Paul Ryan ten reasons not take the Speaker job before he decided to go for it. Obviously, my blog had a big impact on his thinking.

I did better when I suggested one morning that Scott Walker declare defeat on his presidential run, and he pulled out that night.

In that vein, I made a small bet with two friends last week on who would end up as the GOP presidential nominee. The three bets were Rubio, ChrIstie and Kasich. I will tell you later which was mine.

The political free-for-all in the Republican Party is more fun than Fantasy Football, which, incidentally, was raised by a TV pundit as a presidential issue in the last debate. Really?
The debates are especially fun if you are political junkie, but, gotcha journalists notwithstanding, they are also very serious business.

Paul Ryan is a serious guy who just might be able to make some headway on some serious issues — if and only if he can sidetrack the ideologies on both sides of the aisle.

Because of a gulf between Democrats and Republicans on immigration, he showed his smarts by putting that issue on the back burner. The debates may help to shape some kind of consensus on that issue. For example, Donald Trump’s mass deportation solution looks to be DOA. Business people I know say they need the immigrants who are here, legally or illegally, and they want the flow of legal immigrants to continue. Ask the dairy farmers in Wisconsin. The dairy farms are often manned by immigrants. Like milk?

On other major issue, he might have a shot at progress.

For instance leaders from both parties have talked about lowering the top corporate income tax of 35%. It’s a good ten points higher than the average of other industrialized countries. It makes the American economy uncompetitive and drives corporate headquarters to tax friendly countries. That has to stop. A 25% top rate, endorsed in campaigns by President Obama, would get the job done.

There would be some lost tax revenue, but that eliminating corporate tax loopholes and creating an alternative minimum tax for companies could offset revenue loss. There is no logic or fairness to a system that lets GE and other big tax evaders pay next to no taxes in the United States.

He could also seek cross-aisle consensus on the drag of subsidies on the U.S. economy by getting innovative. Social Security, Medicare and Medicaid deficits, present and future, need to be brought under control, and everyone knows it. Within that subsidy framework, the biggest bleeder is out-of-control health costs. If he takes that reality head-on, he has a political path forward.

Ryan could look to the private sector in his home state for answers on managing health costs. Those lessons could be applied to Medicare and Medicaid, and huge savings would result.

At the heart of the company plans that are operating at 50% less cost than public sector plans are consumer-driven principles that offset high deductibles and co-insurance with Health Savings Accounts (HSA), a Republican invention, and free primary care, which Democrats ought to love.

Proactive primary care keeps people out of hospitals, and HSAs could buttress Social Security payments. There are already an estimated 20 million HSAs in the country, and they are growing at a fast clip. The HSA blessings to taxpayers in retirement could mitigate the need to increase Social Security payments in the years ahead.

Big national studies have shown that consumer driven plans save 20% to 305 on health costs per year, because consumers are spending their own money.

Three of ten large companies now have on-site primary care for their workers. Why? Because it works improve workforce health and to lower costs. No surprise there. Better health equals lower costs.

Ryan should be able to convince a majority in Congress to latch onto these proven tools, apply them to recipients of Medicare and Medicaid, and lower their long-term cost trend lines.

A broader application of these health cost management methods to the Armed Services could free up major dollars for weapons and troops.

In short, medical cost inflation is crowding out many national priorities for both parties. Ryan, the policy wonk, could craft a framework for an elegant national solution. But he will need to advance original ideas. Unions and management are agreeing on the new models, even in local government.

In the arena or poverty, job creation and the woes of our central cities, the best bet is major support for entrepreneurs of all stripes. They create the job upside. They reinvent the economy. They life all boats. Which politician or taxpayer doesn’t love entrepreneurs who risk a lot to launch a business?

Ryan, for a variety of reasons – service to the country in a time of need, political ambition, the limelight – rose above reasons not to take the Speaker job. He will succeed only to the extent that he breaks way from political ideologies and runs toward innovative solutions to the nation’s biggest problems.