Sensenbrenner exit: when principles are trumped

The obvious question: what took Jim Sensenbrenner so long to step down from the Wisconsin Fifth Congressional seat. 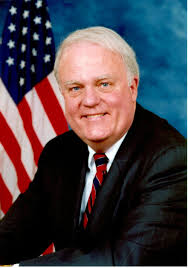 He announced last week that he would not run for a 22nd term, saying,
“It’s time.” He will have been in Congress for 42 years by the time he ends his current term in 2021.

He is the third of five Republican congressmen from this state to step down. Sean Duffy and Paul Ryan preceded him out the door. It is therefore tough to swallow that the chaos in the Trump White House had nothing to do with their decisions.

They join a long list of Republican congressmen from other states and White House leaders who have decided to hang it up.

It’s tough to be in a minority in the House, but way tougher when you constantly have to defend erratic positions taken by President Trump.

As a glaring example of where the president’s policies stand in stark contrast to where the three congressmen have been all their political lives, take fiscal conservatism. All three, especially Sensenbrenner, have long fought for lower federal debt and deficits. It is more for them than a political issue; it’s also a moral issue to be passing monumental debt to the next generations.

Trump inherited most of his net worth from his father, but then built further holdings with mountains of debt. He loves debt capital, which he may or may not pay off. U.S. banks won’t lend his companies more money. He stiffed small vendors to whom he owed money.

Big debtors like low interest rates, which explains in great measure why the president has been beating on Jerome Powell, head of the Federal Reserve, for lower interest rates. Lower rates help the federal government with its debt service, but also his debt-laden businesses.

President Obama had lowered the growth in the federal debt to about $585 billion by 2016. President Trump promptly raised the annual debt increases to more than $1 trillion. What, me worry?

I’ll bet Sensenbrenner, Duffy and Ryan had a hard time sleeping at night since 2016. Fiscal policy is hardly discussed in GOP public statements circles any more. GOP leaders have taken a duck.

Witness the reticence of Sen. Ron Johnson, a CPA whose very being revolves around prudent fiscal management. What else can they do but zip their lips if they want to appear loyal to their president?

Therein lies the crunch for these long-serving men. How can you defend the often indefensible without losing your principles and soul? Does the party come first or your principles?

Only one Republican congressman has stood up squarely to the president, Justin Amash of Michigan, who has called for impeachment and dropped out of the GOP to become an independent.

It is rare that sitting president faces outright opposition from within party, but that is starting to happen. Mark Sanford, a centrist and former governor of North Carolina, and William Weld, former governor of Massachusetts, are running in the 2020 Republican primaries. Both will attack the president from the right. Sanford is making a big deal of the debt and deficit. Republican voters will have clear choices in the primaries.

If the economy does tip into a tariff-induced recession, they may have a shot.

Further down the road, if as expected, Trump is nominated by his anti-establishment base, there will probably be a middle-of-the-road independent running in the general election.

The president’s hallmark has been to uproot and denigrate institutions, alliances, policies and treaties that took reasonable men decades to stitch into place. He seldom has a Plan B. He is more anti-establishment, a renegade and an outlier than a Republican.

The Republicans who haven’t headed for the hills are going have a turbulent year ahead. Candidates for Sensenbrenner’s seat will have a dicey decision to make on how much to align with Trump. Reporters will be asking hem where they stand on presidential policies, like the high debt, over and over gain.

Two other notes: 1. Sensenbrenner says his health was not a factor in his decision. At 76 and frail, it probably was a factor. 2. He is a prime case for term limits. He has been a responsible office holder for five decades in the state legislature and in congress. Despite his responsible service, his long tenure is not a recipe for fresh ideas.