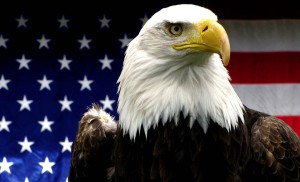 There was a whole lot of negativity in the air in 2015, and it’s a little hard to figure out why. Most of it probably has to do with the extreme political polarization that has gripped the country and Wisconsin in particular.

Even when things are going well, like the wonderful drop in the jobless rate to 4.2% in Wisconsin and 5% in the country, partisans still bitch about the economic policies of Gov. Scott Walker and President Obama. They both deserve a pat on the back for making job creation a central issue.

Is there room for more progress on the jobs front? Of course. Pay levels are just recently starting to tick up. But even that is a positive going into 2016. Wage increases are now in the 3%-4% range, as workers get harder to find, versus the 2% for the last six years during a slow recovery.

There’s a lot of work ahead in 2016, but there should be an air of measured optimism as we head into the New Year.

High school graduation rates are still climbing in Wisconsin amidst many heroic efforts by educators to improve at all levels. For 2013-2014 (the latest available numbers), Wisconsin hit an 88.6% graduation rate, just behind Iowa that topped the nation at 89.7%. Some minority groups are showing sharply improved graduations. The general momentum is encouraging.

There is also positive news regarding high growth startup companies, the biggest single driver for reinventing the national and Wisconsin economies. Almost all Wisconsin great employers started here. While our supply of early stage capital still lags, we are catching up. State leaders are shifting from recruiting out-of-state corporations to the creation of new ventures. We have many more angel investors. That bodes well for our accelerating startup economy in 2016.

On health care costs, the country and state have moved from hyperinflation to two or three points above the general inflation rate. Private sector employers have led the way to a new business model for care, including self-insurance, consumer-driven plans, on-site proactive primary care and value-based purchasing. Medicare and local governments are joining the stampede. They are bending the cost curve. It’s too early to declare victory, but this is the biggest economic advance in the nation and state, because the hyperinflation has been crowding out every other strategic priority. With the delivery innovations proven beyond debate, the pace of reform from the ground up will quicken in 2016.

The stock markets, with dividends, ended 2015 about flat, but that’s not all bad after a 13% burst in 2014. The markets absorbed a lot of hits last year, softening of the Chinese economy, an interest rate hike and concerns over terrorism.

Even the stain of radical Islamic terrorism receded some at the end of 2015 as the Iraqi government and troops took back some critical territory.

Despite some anti-conservation setbacks, environmental advances continue across the state and nation. A recent count found 1465 eagle nests in Wisconsin, compared to 103 in 1993, the year DDT was banned. Osprey nests are increasing, too. Local land trusts are booming with preservation activity. The success of the eagles, ospreys and trusts are inter-connected. Sighting the big birds should bring a smile to every Wisconsin face.

The sports and arts scenes in Wisconsin are alive and well as we enter 2016. The Packers are going to win Super Bowl 50.

Vitriol aside, there is cause for some cheer in the New Year.