Act 10 not the only issue facing governor wannabees

So far, not many of the Democratic candidates for governor have dropped out of the race, so it’s looking to be a long, hot summer of politics on that side of the Aug. 14 primary ballot. 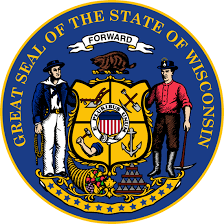 Milwaukee Mayor Tom Barrett is taking a pass on a fourth run for governor. He certainly has plenty on his plate to get Milwaukee moving in positive directions. With Barrett out, the remaining sheer number of Democrats wanting to take a crack at Gov. Scott Walker testifies that they think a blue wave will become real this fall. The list of serious contenders is eight. They all see the two-term governor as vulnerable.

They are also emboldened by several lesser elections where the pendulum swung against the Republican Party under Trump.

In addition, they also have done basic math and know that a small percentage of the primary voters could be a winning percentage. Fund rising will drive out some of the eight, but the primary votes will still be split many ways. It’s a once in a lifetime shot at the gold ring.

Their voices are sounding the same on the issues. They all want to repeal and replace Walker’s signature Act 10, which stripped public employee unions of bargaining and organizing powers.

A Republican Assembly or Senate could prevent repeal from happening, but that won’t stop the Democrats from running on that platform. It will be a classic political battle in one of the most purple of states.

In their early statements, the Democratic wannabees have been ducking a major underlying reality as they attempt to return public employee benefit plans to where they were before Act 10. It is that government health costs were grossly under-managed, and they were busting the budgets of local government and school districts.

The latest Milliman actuarial calculations put the annual cost of health costs for a family of four in an employer plan at $28,166, up $1222 from 2017. That soaring burden screams out for innovative management, and cities and schools that have followed the reforms of private companies are bringing in high quality health plans at much lower totals.

Best practice in the private sector for a family plan has been running at less than $20,000.

Some of the candidates will see health care costs as a zero-sum game, proving they don’t understand that good management can produce good results without cost shifting. On-site primary care clinics at schools are just one example of better care at lower costs. There are many other avenues to better value,

Public employees were required to pick up 12% of health premiums. Their deductibles, co-insurance and co-pays are still very low.

Private employees on average pay about 25% of premiums. With high deductibles and co-insurance, they now pick up 44% of total health costs.

That’s a local, state and national economic crisis that faces both parties. So far, neither has come up with an answer. Without a solution to that economic crisis, the push to repeal Act 10 is an empty platform.

There are other major issues as well. Several of the Democratic candidates have proposed raising the gas tax to pay for more road construction. Gov. Walker has opposed any tax hike. That will be a useful debate, which is what campaigns should mostly be about.

Will this collection of candidates tackle the state’s other major issues? Will they tackle or duck crime and poverty in Milwaukee?

Will they tackle or duck the need to reorganize the University of Wisconsin System and its murky finances?

Will they be pro-growth, pro-entrepreneur, or will they think the economy and citizen prosperity can improve if business is an adversary?

Will they be able to find collaborative ways to work with many parties to protect our natural resources, or will they revert to their prosecutorial instincts? The Great Lakes are hugely challenged, but they have been a non-issue.

Gov. Walker has been quiet about big ideas in his campaign. He’s playing it safe, running primarily on the state’s low unemployment rate. He will defend Act 10, a winning posture when he was recalled and in his run for a second term.

Let’s insist that he and his battalion of Democratic opponents deal with the other pressing Wisconsin issues.