Brace yourself for year of electioneering chaos 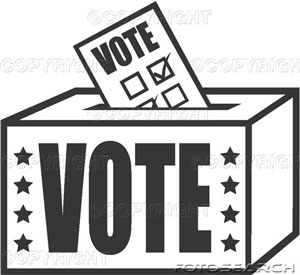 If the bitter partisanship that has paralyzed politics in the nation and Wisconsin has turned you off, brace yourself. Next year is going to get even more ugly.
The assumption at this point has to be that union leaders from across the land and their Democratic allies will do whatever it takes, spend whatever they must to elicit the 600,000 Wisconsin signatures necessary to recall Gov. Scott Walker. That will surely produce a spate of lawsuits from both sides, but the recall election will probably still take place in the first half of 2012.
The highly partisan recall is an equal and opposite reaction to the unconditional assault on the public unions by Walker and his Republican followers in the legislature. Backed into a corner, the unions view this as a fight to the death. They are staring at the reality that some union locals will wither and die if their flow of membership dues is not restored.
It also has to be assumed that all six of the Wisconsin state senators being targeted by the unions and Democrats will be recalled. The initial round of senate recalls of 2011 was nasty, so there is every reason to believe the 2012 versions will be equally mean-spirited.
The issue of collective bargaining for public employees will be at the center of the debates, but personal attacks will be there, too. If there is an opening, no quarter will be given by either side.
The laws of numbers would suggest that the Democrats will win at least one of the six recall contests, and that will be the margin needed for the Democrats to take back the state senate.
The perfectly predictable response will be for the Republicans to launch recalls against several sitting Democratic state senators. That spells another round of electioneering and political uncertainty during 2012.
On top of all that electioneering will be the contest for the open Wisconsin seat in the U.S. Senate next fall, the battle for the presidency and the regular fall elections for half of the state senate seats, all of the assembly seats and for congressional seats.
President Obama ranks second only to Gov. Walker as a polarizing political figure, so the presidential gauntlet will resonate with negative ads, personal attacks delivered directly or indirectly through surrogates, divisive class warfare and blame mongering for the sad state of the U.S. economy. It too will be a take-no-prisoners battle.
The inability and unwillingness to reach across the aisle and the unending electioneering has resulted in government dysfunction at both the state and national levels.
Even as the economy slowly recovers, a stalemated Congress has proved itself unable to make much of a dent in out-of-control deficit spending (the recovery is helping some) or the soaring national debt. No compromise will be reached next year to get back to fiscal sanity, because both sides are working hard to put each other in a negative light for the 2012 elections.
At the Wisconsin level, where job creation is ostensiblythe number one issue, the political circus has taken priority over bills of substance that could improve the prosperity of the state. Amidst their recall concerns,
Republicans couldn’t find the leadership during a special session on jobs to pass a capital formation bill, for which there is almost universal and bipartisan support.
Meanwhile, the job creation numbers in Wisconsin continue to lag the sluggish national recovery.
Another example is the absence on both sides of innovation and leadership on health care costs, the number one reason for busted state and local budgets. Serious issues demand serious attention, and the energy for real reform is being burned elsewhere, for getting elected or re-elected.
Socially conservative bills of all stripes took precedence in the jobs session. It’s become all politics, all the time. It’s as if both parties are caught in a downward spiral of ill will from which neither can escape.
Two lonely state senators, Tim Cullen, a Democrat, and Dale Schultz, a Republican, have tried for a bipartisan dialog, but they have been talking into a gale force of partisan politics.
The collateral damage, of course, is to problem solving that would advance the prosperity agenda. Some business climate improvement has been seen in Wisconsin from liability reform, regulatory reform and modest tax breaks, but much of the jobs agenda has been shelved.
Worse than the loss of focus has been the depressing effect of living in a polluted political atmosphere. Extreme politics energizes the extremists, but depresses the rest of us.
It’s hard to move the chains toward prosperity amidst electioneering chaos. It’s a blessing we have the Packers and the Badgers as a source of diversion and some good cheer.