Where are the big thoughts in the Wisconsin race for governor, like connecting Madison and Milwaukee by filling in the I-94 Corridor, like moving Van Hise Hall, the headquarters for the University of Wisconsin System to the state’s business center, like a jobs program that knocks down the minority unemployment rate in the central city of Milwaukee, like bringing down the costs of Medicaid that is suffocating every other state priority, like tackling the incredibly high birth rate to single mothers with LARCs (long acting reversible contraceptives)?

The point is that we have major issues in this state, and the gubernatorial candidates who want to be our political leaders should have the passion and backbone to tackle them. Who wants a governor who ducks the major issues of the day?

A few issues have been brought to the fore in this lackluster campaign. The eight Democrats want to raise the gas or wheel tax to provide more money for roads and transit. Highway construction money doesn’t fall from the sky, and Republican strategy of big-time borrowing can’t continue forever.

Gov. Walker legitimately trumpets the state’s low unemployment rate and high labor participation, but defends the stimulus of $4.5 billion in state and local subsides for the Foxconn recruitment. He also supports the $100 million-plus to try to keep two Kimberly Clark plants open in the Fox Valley. Both would seem unnecessary in these boom times. Down deep, though, he knows that the state still lags on job growth, 40th in the country. So he went all-in to turn around that sad four-decade pattern. Agree or disagree, Foxconn was a big, gutsy move. Wisconsin has never done very well on recruiting — the frozen tundra, et al — so it took a super juicy package to win a big bidding contest.

The Democrats are almost all opposed to “welfare” for big corporations, ala Foxconn, but not one has offered a job growth program. Their answer, good roads and education spending, are not enough. We as a state have always spent heavily on both, and we still lag on job and wage growth.

The other big subject in the contest between Gov. Walker and Tony Evers, the presumptive Democratic candidate, is education dollars. Evers is making bigger promises than the governor, without explaining fully where his bigger dollars are coming from. He does want to take more federal Medicaid money. Gov. Walker ramped up his K-12 spending as the election year approached. 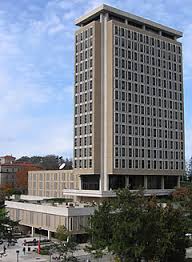 Both know full well that Medicaid increases are crowding out other state priorities, like education, but there is no campaign debate about how to get out-of-control medical costs under control. Gov. Walker knows that subject well, and has made runs at innovative delivery models. He is the most likely to tackle that issue – after he is re-elected, if he is re-elected.

That’s been his MO: launch the big-ticket reforms after election, such as his signature Act 10 to push back on the power of public unions.

This time around, though, with a possible blue wave looming, he may want to run out some novel strategies during the fall campaign. The recent polls suggest that defending the status quo and heralding the low jobless rate may not carry the day against Evers.

Evers has run a cautious primary campaign, relying on his name recognition versus the lesser-known rivals.

If he is equally cautious in the general election campaign, relying on the high disapproval ratings for the governor and the president to make him the default choice, Gov. Walker has a major opening. He could push innovative approaches to governing. It would be doubly effective in setting him apart from both Evers and the president.

For example: He could push Medicare Advantage for All as a substitute for costly Medicaid and an alternative to Bernie Sander’s ghastly expensive Medicare for All (it would require a 40% payroll tax, or more). Everyone loves Medicare, Democrats and Republicans alike, and the Advantage program (now one-third of Medicare recipients) has the Republican virtues of choice and competition. Employees could keep their cost-effective employer plans or go for Advantage. What’s not to like?

If Walker would win as the author of a unique health care plan, it could set him up for another presidential run, maybe in 2020 if President Trump tweets himself into an implosion.

Neither party has distinguished itself on creating a startup economy, with the exception of bipartisan support for the 25% Act 255 investment credits for new ventures. They work. The state and Milwaukee are doing much better with entrepreneurial energy, but the two parties have been largely silent on that powerful strategy. Most of the action has been in the private sector and on college campuses. A startup strategy would be an answer for the Democrats on job growth. They like small business better than big business. It would be consistent for them, since the subsidies for startup jobs are far lower than the recruiting subsidies.

Either candidate could call for a reorganization of the University of Wisconsin System, Van Hise is on the chopping block; put it in downtown Milwaukee, so we get the same kind of co-location that the Twin Cities and Columbus, Ohio use to lead their states to prosperity. The Madison-centric tradition has failed Milwaukee and the rest of the state. (It has made Dane County a precious oasis.) Tuition freezes, declining state support and rising student debt can’t be our strategy forever. We need a forward looking UW strategy.

How about locating the Van Hise replacement in business-heavy Waukesha County? The state could start executing on the dormant I-94 Corridor strategy. Every strategic planner who ever looked at Wisconsin has proposed that concept.