Can scars of recall losses be healed? 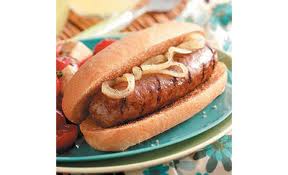 In the world of business or military, a major failure, such as losing a battle or blowing a product launch, is cause for immediate and gut-level reassessment. Corrective actions follow so future outcomes avoid a repeat.

At least, that’s true for those outfits that have become “learning organizations.” Their “after-action reports” provide the platform for new directions.

In the political world, such as the incalculable defeat suffered by the Democrats and union leaders in Wisconsin last Tuesday, and to a lesser degree by the Republicans in losing control of the state senate, the surface reaction is to blame someone else: outside interests, media bias, tepid support from the national party, negative advertising, etcetera. The sound biters attempt in public statements to minimize the magnitude of the loss.

This time, though, the dimensions of the blow-out by Gov. Walker will cause deep soul-searching, and therein lies the possibility of some relief for the frustrated citizens of the state from the nasty polarization that has ruled the polity for more than a decade.

Wedge politics has wrought a lot of collateral damage. The fabric of our society has been ripped.

Sensing the disgust of the populace, some politicians in Wisconsin are calling for conciliation. Preachers are doing the same from their pulpits. Good. But it can’t be platitudes if the fabric is to be repaired.

Gov. Walker invited Democrats to the governor’s mansion Tuesday for burgers and brats. That’s a good start. The Dems should have brought the Leinie’s. It may have seemed superficial, given the depth of the wounds, but we’ll take it for now.

The leaders on both sides need to set a more healthy tone. The insults, profanity, taunts and death threats need to be repudiated, dishonored and stopped. Only bipartisan respect can head off the gross incivility. Competition is OK; pig-headed righteousness is not.

In addition to spiritual repair, there is the political reality that nothing will get done in the Capitol in the next half year without bipartisan collaboration. It is now certain that he Democrats will run the state senate with a one-seat margin. Two rounds of recalls have added three seats to their ranks, so the Republicans can hardly claim an over-riding mandate.

The legislature doesn’t reconvene until January, following a round of legislative elections in November. But a special session on jobs creation could be called in the interim.

The last special session on jobs got off track with a host of right-wing non-jobs bills. Where was the “laser beam” on jobs? That is a non-starter this time around with the Democrats in charge of one house. There will be gridlock on the ideological issues from the right or left.

But bridges could be built on major jobs issues by pro-growth politicians on both sides. Progress on one or two of them could provide a foundation for a working relationship, if not full healing.

The missing ingredient in putting together collaboration on job creation has been the pro-growth Democrats.

Left wing Democrats, now led in the state by Rep. Tammy Baldwin of Madison, a candidate for the U.S. senate, talk incessantly about standing up for “the middle class.” By that, I assume she means public employees, about 15% of the work force, who were nicked by Act 10.

Her language and logic are painfully flawed. Most of the middle class is in the private sector, and their American dream is a good job.

You can’t be anti-corporation across the board (even though the fat cats in the private sector deserve Baldwin’s attacks) and be serious about job creation. Corporations create jobs, and the great majority of business people are not fat cats.

You can’t push for more public spending without acknowledging that the taxes to pay such outlays come from the private sector, which means businesses.

Bill Clinton was a pro-business, pro growth Democrat. As such, he won elections.

Here are a few places where pro-growth Democrats could work with the GOP on behalf of fiscal sanity and private sector job creation:

* Matching state funds for private early stage investments in new companies. There is bipartisan agreement that entrepreneurs create most of the new jobs.

* Ditto for Medicaid and BadgerCare through a bipartisan request for a federal waiver.

• A ferrous mining law that incorporates a transparent EMS — environmental management system — on the part of the mining company, but contains permit approval deadlines.

Republicans, having lost the senate, must be wishing they had been less heavy-handed in ramming through their reforms. They paid the price by having to endure a recall and incurring deep animosity. They got the job done in balancing the budget, but they have a lot of scar tissue.

As for union leaders, they were the biggest losers Tuesday. Union rolls are plummeting. They have to be reconsidering their long-held adversarial posture in favor of pro-growth collaboration. Adversarial models just don’t work anymore. Resistance to change doesn’t either.

For example, they could seek profit sharing in private companies and drop their proclivity for grievances.

For another, they could help to find innovative solutions to benefit management in both the public and private sectors. Benefits can be preserved or enhanced without busting budgets.

The reality for union managers is that Act 10, which decimated collective bargaining, is here to stay for a number of years. The push-back on benefits, a necessary swing of the pendulum, can be turned into a positive outcome only with innovative solutions.

The wounds from the recall will be a long time healing, and that will be possible only with reassessment and corrective action on both sides.