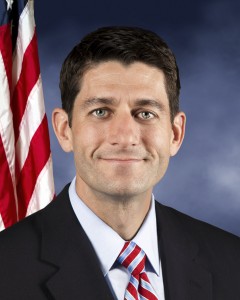 The country will be slicing and dicing state and national election returns for weeks to try to figure out where all the chips will fall. Some of the voting dynamics will remain obscure for awhile, but other fall-outs seem relatively clear. Among them:

• It’s going to be a rough couple of years in Congress. The cast of characters in leadership (Boehner, Pelosi, Reid) remains the same. They don’t agree on much, and President Obama hasn’t been either willing or able to cut a deal with them on the deficit, federal debt or entitlement management. This time around, he has no mandate. Look for gridlock even though the “fiscal cliff” rises in importance to near crisis levels.

• ObamaCare is safe. The Republican House will have a hard time defunding it. The country remains dead split on its wisdom, but it will kick in full force in 2014, like it or not. An unknown percentage of businesses will drop coverage and pay the small penalty, as will healthy individuals facing a coverage mandate. Another unknown percentage of businesses will move to “defined contribution,” which means they will give their workers several thousands of dollars to buy an individual insurance policy on a public or private exchange. Most states will crate their own exchanges so they have some element of control over insurance policies. Companies offering a health plan will drop from 60% today to less than 50%.

• Schizophrenic Wisconsin can boast the odd couple as its U.S. senators: uber-liberal Tammy Baldwin from Dane County and arch-conservative Ron Johnson from the industrial Fox Valley. She is a government cat, and he is a pro-business deficit hawk. Don’t expect a lot of cooperation or hand holding between them. She will carry the bigger stick, since the hard right caused the GOP to blow their shot at a majority in the U.S. Senate. He’ll be a fringe player in the minority, even though his fiscal message has a Paul Revere quality.

• No good comes to a career from losing, so Paul Ryan will be a diminished political figure. There will be plenty of pundits who will put part of the blame for Romney’s loss on Ryan. He’s no Sarah Palin, but his right-wing ideology turned off a lot of voters in the middle. He’ll need to play for the long run on his mission to restore fiscal sanity to Social Security and Medicare. Given the Democrats’ “see-no-evil” on the looming insolvency of the two programs, reform will come on those two programs only when they run out of cash. Ryan showed a spark of bipartisanship when he agreed to modifications to Medicare reform thatDemocrats favored. Could he, chastened by a historic loss, be the leader to reach from the hard right to a deal with the other side? Obama seems to like him personally, so that’s a start.

• In Wisconsin, where the GOP reclaimed the state senate and held onto the assembly, Republican Gov. Scott Walker will have a free hand to improve the business climate. It improved greatly in his first two years, but his team failed on job creation. Wisconsin has continued to lag the nation and Midwestern states like Indiana, where job growth is steady. The lack of progress on jobs is especially true in the Milwaukee market. From the bottom of business ranking pre-Walker, the state has a shot at being top ten. They can get there by making heroes out of entrepreneurs.

• The precedent-setting Act 10 is safe in Wisconsin. The push-back on public union power and bargaining rights will continue. The once powerful teachers’ union, for instance, reportedly continues to lose membership in a big way. Many more innovations enabled by Act 10 will follow in the management of bloated, under-managed public benefit programs. Savings will be in the hundreds of millions of dollars.

• The mining permit bill will pass in Wisconsin, now that Republicans have what loks to be a two-seat margin in the state senate and a big majority in the ssembly.

• At the end of the day, individual Americans and their companies will have to dig the country out of its economic funk. They will continue to strap it up, de-leverage their personal balance sheets, pay their taxes, educate the next generation, create innovative companies and thereby jobs. Entrepreneurs like the late Steve Jobs will keep changing the face of the world far more than any politician ever will.

• Citizens will pray that our political leaders and the plutocrats on Wall Street stay out of the way and manage not to screw things up too badly by creating more enabling more economic bubbles or getting us into more ill-advised wars.