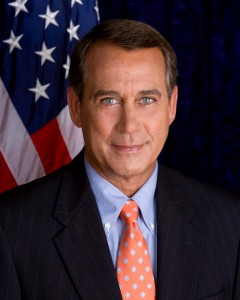 In another month, the Republican Party will take over both houses of Congress, the beneficiaries in part of dissatisfaction by a majority of voters with President Obama’s Affordable Care Act (ACA).

Republicans tore into Obamacare on the campaign trail. But now they are in charge, and outright opposition isn’t enough any more. They will need a proposition – an agenda to not only divest of unworkable pieces of the act, but also to replace it with something that accomplishes what President Obama tried to accomplish.

The well-intended goals of the Obama Administration were greater accessibility and affordability. The new law appears to have dented the pool of uninsured, taking it from about 50 million people pre-ACA to about 40 million today. But that’s still a lot of people without insurance.

Further, if the U.S. Supreme Court decides in a pending case to throw out many of the ACA subsidies for insurance, some of the newly covered people could find themselves without affordable insurance again. Neither the president nor the GOP-led Congress will want that predicament.

The ACA affordability initiative has been a bust from day one. Costs and premium prices have tapered off some, but have continued to rise well above the general rate of inflation. 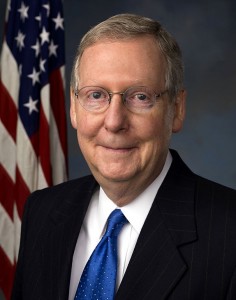 So, those two major national issues remain: access and rising health costs that threaten fiscal solvency at every level of our society. To be real, Speaker Boehner and Senate Majority Leader McConnell will need to address both national priorities. That’s what real leaders do; they take on the big, tough issues of the day.

Fortuitously, there are better answers than Obamacare. And those answers fit into a Republican philosophy, because they have been proven out in the private sector, in an emerging marketplace for health care. They have more to do with management science than political science.

They revolve around individual responsibility for health and health spending, well-designed incentives and disincentives, smart consumerism, purchasing for value (quality and price) and marketplace dynamics. And, yes, compassionate conservatism, to take a term out of George W. Bush’s language.

Sharp private employers across the land have proved they can deliver the best of care for 50% less than the national average. That is in sharp contrast the recent failure to mount single payer care in Vermont, which proves one more time that under-managed health care breaks the bank. But, Republicans take note, the new business model for care might just be able to do the job.

Here are the building blocks for that new model:

• Health Care Tax Breaks for All — Create a tax credit for all Americans without employer coverage to replace the subsidies. Deploy Health Savings Accounts in lieu of credits for those who don’t pay taxes. That would give non-covered Americans a tax break equivalent to what employees get under tax-advantaged employer plans.

• No Penalties, Mandates –Get rid of the penalties on individuals and companies for no coverage and the mandates on insurers that raise costs and premiums. Use carrots instead of sticks. Let the market for insurance work. Keep the exchanges as a compromise with the Democrats.

• Universal CDHPs – The combination of high deductibles, co-insurance and offsetting Health Savings Accounts, a Republican invention in 2003 works. CDHPs are almost universal in the private sector already, including most policies on the ACA exchanges. Why? Because spending decreases 20% to 30% under CDHP plans. That’s audited stuff, beyond debate. Extend CDHPs to the public employees, including Congressmen.

• Medicaid Too — Wrap Medicaid into the CDHP-HSA movement. The federal-state program is unmanageable because two governments can never get their acts together. Give CDHP block grants to the states to administer for poor people. When it’s their money, they will spend it more wisely. It’s the current free care that’s busting state and federal budgets.

• Medical Homes for All – The U.S. health care delivery system is upside down. It relies far more heavily on expensive specialists than in any other country. On-site primary care clinics at corporations across America have also cut costs by 20% to 30%. They do it by keeping employees healthy and keeping them out of expensive, dangerous hospitals. They offer holistic, intimate, convenient care. Include a requirement for such a home in every health plan. IBM does. That reform would play well with voters, if not the health care lobbies.

• Value-Based Purchasing – The chaotic pricing in health care, with variations of 300% to 400% on procedures, would be viewed as consumer fraud in any other business sector. Gouging is rampant. Bills are incomprehensible. Even the New York Times has figured it out and is running a fine series on the abuses. The latest piece probed a bill from a second-banana doctor for $117,000 for assisting on a three-hour neck disc surgery. There is an elegant answer, already deployed by some big payers: caps on procedures. They are all-in, bundled prices, such as $1500 max for colonoscopy or $28,000 for a joint replacement. Plenty of quality providers are meeting those price points. Consumers would love transparent fixed prices, even if the entrenched interests would not.

These platforms would offer affordability and preserve the access intentions of the Obama Administration, so the president might have to go for some kind of compromise. If he won’t compromise, it could be a ticket to the White House for Republican nominee in 2016.

As Mitt Romney found out in 2012, opposition to Obamacare isn’t enough.