The major issues for the 2018 campaign for governor and Wisconsin legislative seats are fairly predictable, but there is a possibility that some new ground will be plowed.

Gov. Scott Walker will run on the state’s low unemployment rate, on lowered state and local taxes during his seven years in office and on his coup in landing the Foxconn deal. By the time the campaign gets into full swing next summer, construction crews will be working full tilt on the first phase of the projected Foxconn campus of an incredible proposed 20 million square feet of buildings.

The Democrats in the race will run against Walker’s record and on their standard playbook of more funding and taxes for education and infrastructure. That has been their game plan for economic development.

They will contend that the governor didn’t hit his 250,000 jobs goal from his 2010 campaign, that his tax cuts favored the rich and that the Foxconn deal was too expensive per job created and a threat to the environment.

They will call for a repeal of Act 10, Walker’s signature legislation that devastated public sector unions by stripping them of dues and power.

Even though job growth remains sluggish in Wisconsin, tight labor markets will shift the debate to workforce training. Both parties will go for that politically safe ground. It’s been an essentially bipartisan theme for several decades.

However, the candidates could challenge the business community to step up with more training dollars through apprenticeships for adults and youths, mentorships and internships. Every young person should have a work experience every summer.

The Walker Administration has experimented with wage subsidies for youth work experiences in a pilot program in Milwaukee, and some Milwaukee area companies have launched youth apprentice programs to ensure a flow of future workers. If the results are good, these initiatives could be expanded to more companies and more parts of the state.
These training programs are a lot of work (Serigraph had a youth apprentice program in the 1980s), but they really help young people get going in the adult world of work. Companies can’t expect schools and colleges to carry the full training load for young and under-employed adult workforce candidates.

Tony Evers, the best-known of seven Democratic candidates in his role of state schools superintendent, will, of course, push more finding for education. But Walker has pre-empted him by tilting the just-signed state budget toward K-12 education. He added a hefty $822 million two-year increase above the 2017 spending base. 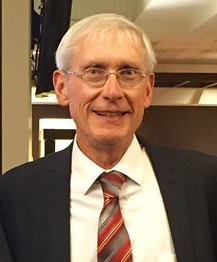 That K-12 largesse may also offset some of the lingering backlash against Walker for his Act 10 and its effect on teacher compensation. School districts are far healthier financially because of their ability to manger teacher benefits under Act 10, but teachers are still smarting from their higher contributions to health care premiums and retirement funding.

Don’t expect the candidates from either party to touch the third rail of American politics: soaring health costs.

Gov. Walker made a run at pushing the Employee Trust Fund (ETF) to better management of health costs, but his fellow Republicans in the legislature were bought off by the state’s Medical Industrial Complex and torpedoed that part of the Walker budget.

Evers and the other six Democrats also won’t depart from the status quo on the expensive ETF plan.

They also won’t take on the explosion of Medicaid costs. Medicaid, which now covers one in five Wisconsinites, jumped a ghastly $470 million in the new budget, despite GOP efforts to contain eligibility.

The Walker posture on Medicaid will hang on the lame Republican “repeal and replace” efforts at the national level. The governor has signaled a wariness of the Speaker Ryan’s block grant program, which, if not done right, could be a monumental shift of health costs to the states.

The Democrats will probably take a cost-be-damned approach and continue to push for an expansion of Medicaid in Wisconsin. They will duck the reality that Medicaid is crowding out priorities like the university, environmental programs, public safety in Milwaukee and, heretofore, K-12 education.

There is a golden opportunity for candidates from either aisle to raise the issue of reorganization of the University of Wisconsin System along regional lines. The state’s economy works along regional lines (papermaking in Northeastern and North Central Wisconsin, medical devices in Southeastern and South Central, etc.), so why not realign the university in a symbiotic regional manner?

Let’s hope that the 2018 campaign for control of state government rises above personal attacks, the order of the day in the Trumpian world of national politics, and pray the candidates tackle the issues that make a difference for the prosperity of the state.