How big is Jim’s butt? 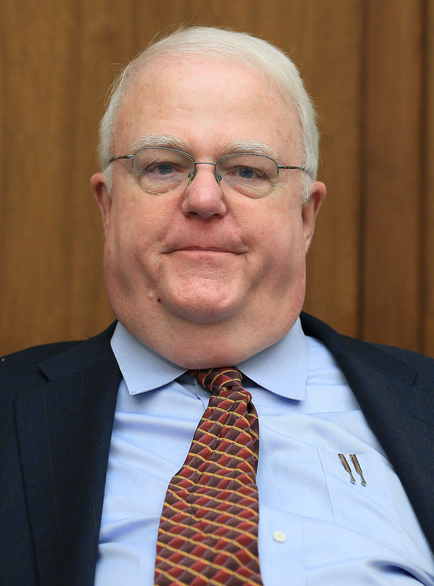 The last person in the world who should raise the subject of physical profiles ought to be our congressman, Jim Sensenbrenner. He has to top the list for the most out-of-shape of the 535 congress people.

One commentator understated it when he called him “jowly.” He comes off OK in his photo-shopped literature, but in person he looks a physical wreck, whether or not his butt is in proportion.

His comments on the dimensions of the First Lady’s posterior were off base in so many ways. They were ungentlemanly. They were inaccurate, because she is exceedingly fit. She works out regularly and would kick his saggy behind in just about any field of physical endeavor. And his comments were pissy and partisan.

As one with glutes that are definitely maximus, I’d like to defend big butts. They come in real handy in the paint in basketball. They help when lifting a Wisconsin beer keg. Sprinters all have great glutes. What good is a small butt any way?

Big Jim’s rationalization for his cantankerous remarks was that her obesity campaign program amounts to lecturing Americans on what to eat.. Is he oblivious to the obesity epidemic in the country? The First Lady is right on the mark with her education initiative, much as other first ladies were with theirs. She has a bully pulpit, and she’s using it to good purpose. She’s just encouraging good eating habits. But, if you don’t want to, you don’t have to eat your spinach, Jim.

Maybe not the government, but somebody should have been teaching him how to eat. And how to exercise. He clearly didn’t get the message in his formative years.

You can argue that it’s his business if he wants to be flabby, butt size aside. But it isn’t just his business. The taxpayers give congressmen a free, gold-plated health plan, and people who don’t take care of their health end up costing the rest of us a ton of dough. The extra expenses from unhealthy behaviors get pooled, and the healthy people end up subsidizing the unhealthy.

Sensenbrenner, like most Republicans and most Democrats, has been AWOL on real health care reform. Our leaders in Congress prefer to make the issue of health costs an ideological, political issue. They talk various tax and insurance concepts. They don’t solve problems; they do sound bites.

Sensenbrenner knows what he’s against – Obamacare, for instance. He just isn’t there when it comes to leadership and putting forward better ideas. A problem solver, he ain’t.
There comes a time when cranky old men ought to get out of the game, Vituperative, righteous David Obey wore out his welcome as Sensenbrenner’s Democratic counterpart in the Wisconsin delegation for three decades and finally bowed out. Sensenbrenner, equally sour, should follow his lead.

I still get reports that he blows off constituents when they visit his office. Who needs that? He is supposed to be working for us, not the other way around.

So, Jim, here’s some advice from one crochety old man to another: watch the Wisconsin fare: brats, brandy manhattans, beer and butterfat. It shows. Call it a lecture.