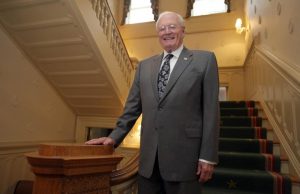 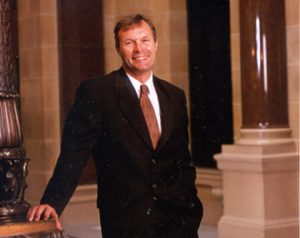 The list of reasons to oppose Trump as his circus parades toward the Oval Office continues to grow as he becomes more known. Familiarity is breeding contempt.
It’s now at 84 solid reasons to go another direction. But, perhaps just As important, is an absence of positives.

I have asked people to go past Trump’s negatives and to give me some positives about the master provocateur. They ponder, scratch their heads and usually come up with one: that he speaks his mind.

That’s usually it. No other positives.

A few talk of his business acumen, but that is proving to be mixed bag of wins and big busts.

It is true, for sure, that he is the antithesis of politically correct. He speaks “his mind.”

In a way, that is refreshing, In another way, it is the brash style that made him a hit on reality TV. In a third way, it is a shrewd modus operandi that wins free TV time for his campaign.

In the end, though, he is unmasking what in is in “his mind.” And that’s a pretty scary revelation, as the list of 84 no-Trump reasons attest. The rest are laid out on my blog (johntorinus.com).

The long and short of Trump’s persona is that people don’t have much good to say about him. To say he is better than Hillary Clinton is not to say much positive about him. It is to express an opinion about her as a president.

So, here are the latest four reasons to find someone else to vote for in November::

* 81. Some leaders of the Republican Party have made the hard, principled decision to defect from the Trump campaign. Two stand-up leaders in Wisconsin, Mike Grebe, former national committeeman, and Scott McCallum, former governor, resigned as delegates to the national convention so they didn’t have to become part of the Trump circus. The Bush family will not be at the GOP convention. Columnist George Will resigned from the Republican Party. If you can’t pull party leaders to your breast after winning the nomination, you are flawed in major ways.

• 82. Trump’s “Pocahontas” taunts at Elizabeth Warren aim at her personal credibility, but they are also a clever slam on affirmative action and smack of racism. At a minimum, they are racially charged.

• 83. Trump supported the war in Iraq in 2003, a war that turned out to be a strategic blunder. He now has good things to say about Saddam Hussein because he killed a lot of terrorists without due process. But Saddam indiscriminately killed a lot of people who got in his way. He is not a praiseworthy character in any dimension.

• 84. After pledging to be hard on hedge fund managers, Trump’s latest tax plan actually lowers their tax rate on capital gains to 15% from 20% if they are organized as partnerships. Many hedge funds are partnerships.

Keep your No-Trump reasons coming to me at this website or to jbt01@serigraph.com.