NEW HAVEN, CT — Before you completely despair of the extreme partisanship and lack of grace that is the signature of the Trump era, know that American politics has had rougher times.

There were the tempestuous protests of the 1960s and 1970s that many remember, but there was also the lesser-known period two decades before the Civil War when some southern congressmen came to the House armed with Bowie knifes strapped to their backs for quick access. 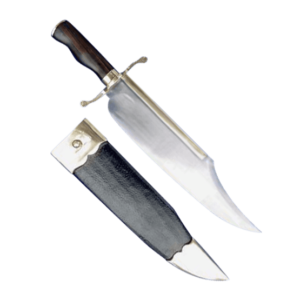 The revelation that there were 70 acts of physical violence in Congress in the antebellum period between 1830 and 1860 came from Yale historian Joanne Freeman in her new book “The Field of Blood: Violence in Congress and the Road to Civil war.”

She told Yale alumni at a reunion last week (my 60th) that the strife got so bad between southern “slaveocrats” and northerners in Congress that each felt compelled to own a gun, if for nothing else, for self-defense else.

There was a duel in 1838 when a Congressman was killed. There was a caning of a representative on the floor. After a dinner break that involved alcohol in 1858, a regular occurrence, a punching fight in the House turned into a mass brawl in front of the Speaker’s table.

It took Professor Freeman 17 years to dig out the pattern of assaults because the press and the congressional Record downplayed the mayhem. Fights were reported as moments that became “unpleasantly personal.” Freeman found much of her “institutional pattern of violence” from letters written by congressmen to their wives.

“It was not a place of somber debate.”

That changed in the 1850s as the Civil War loomed and northern voters responded by electing “fighting men” of their own.

She found that technology, the introduction of the telegraph, inflamed the debate.
Compromise was impossible in the ante-bellum years, just as it is today. The unwillingness to compromise led to the Civil War and the death of 620,000 Americans. That’s about half of the deaths of soldiers, sailors, flyers that we honored on Memorial Day.

After that blood bath, the expansion to the west added states, voters and representatives who were not caught up in the old rivalries. Slowly, over decades, a level of civility returned. “What saves us,” Freeman contended, “is our political process.”

The historian stopped short of drawing parallels to today’s epidemic of divisiveness, but I am unable to resist the comparison

Slavery was the polarizing issue then, and, despite massive progress, “racism” issues persist. The gridlock issues today are abortion and immigration.

There has been a similar degradation of the national debate. Name-calling has often replaced reason and respect for opponents. Tweets and social media, like telegraph 170 years ago, are gasoline on the fire.

Speaker Pelosi has been remarkably restrained in her opposition to much of President Trump’s agenda. He called her “a mess” last week. In that atmosphere, it’s just a matter of time until there’s a Congressional punch-out. You get the feeling that the President would love that outcome.

Not surprisingly, the country is in a dyspeptic mood. Citizens are fed up with the unending soap opera. People here in the Heartland, the purple swing states, tell me over and over that they really don’t want to spar with neighbors day-in, day-out. They may differ, but want respectful relationships where issues can be worked out. Even in families, people avoid political talk for fear of lasting damage to relationships.

Therein lies Joe Biden’s polling power. Among the two dozen Democratic candidates for president, he stands out with good nature and respectful connectivity to Americans of all stripes. He comes off as inclusive, not divisive. As wise old man, like Reagan, he looks to be relief for a nation looking for relief from wedge politics.

Here’s the contrast: Our president agreed over the weekend with North Korean leader Kim Jong Un that Biden has “a low IQ.”

The analog to the telegraph, of course, is web-based social media. An ugly battle is waged there every day. The weapons are not guns and bowie knives. They are the vicious personal attacks, often anonymous, with E-words and images. Where are the editors?

Violent words can bruise and wound. Their damage to our democracy is deep and wide – beyond calculation. Can we learn from the violence in Congress almost 200 years ago?
The outcome then was not good.