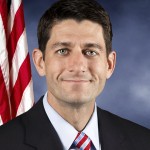 The frantic positioning by the two presidential campaigns over the $716 billion in cuts to Medicare under Obamacare avoid reality on a number of fronts:

• First, it’s a ten-year number; only the federal government does ten-year budgets. Most companies are happy if they can make a three-year numbers come out anywhere near close. The cuts are about $70 billion a year against a current Medicare tab of about a half trillion dollars. That’s significant 14% cut back in federal reimbursements under President’s Obama’s new law.

• Second, the cuts will have real effects in real world. For Aurora Health, the biggest health system in Wisconsin, it will mean $78 million in revenue reductions. It’s revenue at the margin for the $4 billion non-profit corporation, and it’s always the revenue at the margin that has the biggest effect on profit or loss. Aurora is still trying to figure out how to cope with the revenue loss. In addition, there are another $20 million in Medicare nicks that Aurora faces next year.

• Third, the cuts probably won’t stick. Medicare cuts seldom do. The politicians in Congress usually back off in the face of opposition from seniors before the cutbacks actually happen.

• Price controls, which is what the mandated, unilateral revenue cuts amount to, seldom work as planned. If pushed to far on price cutting, vendors simply withdraw services. There are already plenty of doctors and dentists who won’t take more Medicare and Medicaid patients because the reimbursements don’t cover marginal costs. Every patient at such rates is a cash loser.

• Gray markets emerge in the face of price controls, such as doctors taking cash instead of low reimbursements.

• If hospitals and doctors can’t cut costs, they have to find replacement revenue somewhere. They do what is known as cost shifting to private payers. They can’t raise government rates, so they raise rates to private sector payers. It’s, in effect, a hidden tax increase on private companies and their employees, who share health costs.

• Lowering reimbursements does nothing to lower costs, which is the real problem in American health care. Medicare costs about $9500 per recipient in 2008 and $15,000 in 2012 (vs. $4000 to $5000 at best practice private companies for working age people). That’s major league inflation, mostly because Medicare has no incentives or disincentives for appropriate utilization. It’s largely a freebie. The national tab for Medicare is projected at $900 billion by 2022.

President Obama said the reimbursement cuts would come out of excess margins and waste reduction. Doubtful.
Mitt Romney said he would reverse the cuts, despite the existence of the cuts in Paul Ryan’s proposed Republican budget.

Both Ryan and Obama propose a cap on annual Medicare increases. That also could spell rationing if inflation exceeds the percentage caps on increases
Who knows how this will all shake out as the opposing teams try to put the Medicare stigma on each other?

In the end, several major realities persist. Cuts will not be made without a.) corresponding major cost reductions by providers, which means service cutbacks or rationing because their costs are sticky, mostly people costs or b.) cost shifting to the private sector.

Getting it right is the pundit who said, “The truth is that no one can preserve Medicare as we know it.”