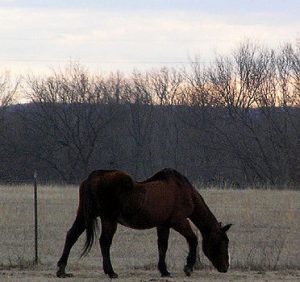 Let’s face it: the Republican Party is brain dead when it attempts to deal with health care reform.

The latest display of just plain dumb thinking on the subject showed up last week when two GOP congressmen, Rep. Pete Sessions of Texas and Sen. Bill Cassidy of Louisiana, introduced yet another bill to repeal Obamacare. Their bill centers on the idea so silly that it could only come from a wonk inside the beltway. They propose to take employers out of offering health care as a benefit. (Even policy-light Donald Trump doesn’t want to go there.)

Do they not know or realize that insured employers in the private sector have made enormous strides toward getting unbridled health costs under control? Do they not understand that private payers done so by applying management science, not political science. If they talked to their smart business constituents, they would learn that they have accomplished deflation in health costs by deploying incentives and disincentives (a Republican concept); proactive primary care delivered on-site; and value-based purchasing of elective procedures.

Call it “Value Healthcare” as an answer to “Obamacare.” Better yet, think of it as a companion to Obamacare, which solved part of the nation’s access issue, but fumbled badly on affordability. Instead of outright appeal of Obamacare, more pragmatic Republicans and Democrats could amend the “Affordable” Care Act (ACA) to make it cost effective.

Value Healthcare has unending virtue because it drives down health costs by improving workforce health. Its emphasis on proactive care keeps people out of dangerous and expensive hospitals. It is the opposite of reactive “sick care,” the hallmark of the nation’s failed business model that addresses symptoms after they occur.

Instead, they would “level the playing field” by giving every adult $2500 to purchase insurance coverage. There are two extraordinary defects in that wonkish concoction.

First, $5000 for a couple doesn’t come close to paying for care. Estimates for providing care for a household range from $17,000 to $22,000. Where does a poor average family come up with the difference?

FYI: Private employers practicing Value Healthcare are bringing in family costs at about $13,000 – or less. And their employees love those health plans. Taking away affordable coverage from 150 million Americans would be more disruptive than ACA. Further, it would be political suicide.

Health insurers are middlemen between payers (employers and employees) and providers (hospitals and doctors). The flaw: middlemen are not reformers. They are mugwumps, with their mugs on one side of the fence and their wumps on the other. They hedge their bets, resist major change and actually have a disincentive to reduce costs. Their cut out of the middle rises with higher costs. Why would they want lower costs? Check out the recent out-sized profits of the insurers.

Point in case: Private corporations have almost all have moved away from traditional group insurance to self-insurance. Why the exodus? Because the health insurers have been in the middle for decades, and the nation’s health bill did nothing but rise dramatically year after year.

Business people have jumped off the insurance horse, but the GOP, including Speaker Paul Ryan, want to keep flogging the tired old insurance nag. Go figure.

There is a very simple way to level the playing field, and ACA accomplishes some of that ground. Give a subsidy to all adults not covered by an employer or who are under-covered. That levels the playing field.
Then move government payers to the Value Healthcare reforms pioneered by innovative, self-insured private employers. Medicare managers are already moving to bundled payments and value-based purchasing. Medicaid, which is busting state and federal budgets, needs to follow fast.

I suggest Sessions, Cassidy and Ryan get out from behind the beltway desks and visit businesses that are leading the stampede to Value Healthcare.

We can only hope that the politicians would then discover and admit to the wrong-headedness of the bill they introduced last week. Instead, they should ride instead the gift horses – race horses — handed to them by smart business people. They have innovated a new business model that works for both access and affordability.

If, instead of outright repeal of ACA, Mitt Romney had proposed Value Healthcare as Rev. 2 of Obamacare four years ago, he could well be President Romney today.