There was magic in the air Friday night in downtown West Bend as three musicians from the area – two unlikely suspects – displayed their musical chops on the stage of The Bend.

The atmosphere in the restored theatre was joyful during a fundraiser to keep the exquisitely restored theatre in operation in 2022—despite the pandemic that has been a downer for entertainment houses for the better part of two years.

Two West Bend business leaders, Nic Novaczyk of New Prospective and Tim Schmidt of Delta Defense, surprised the audience with their musical talents. It was an unexpected side to each of their personalities. Their friends and families thoroughly enjoyed the good sounds and good cheer at a time when an uplift is badly needed. Novaczyk brought along an old friend John Patek, a violinist from Mequon who has played all over the world. 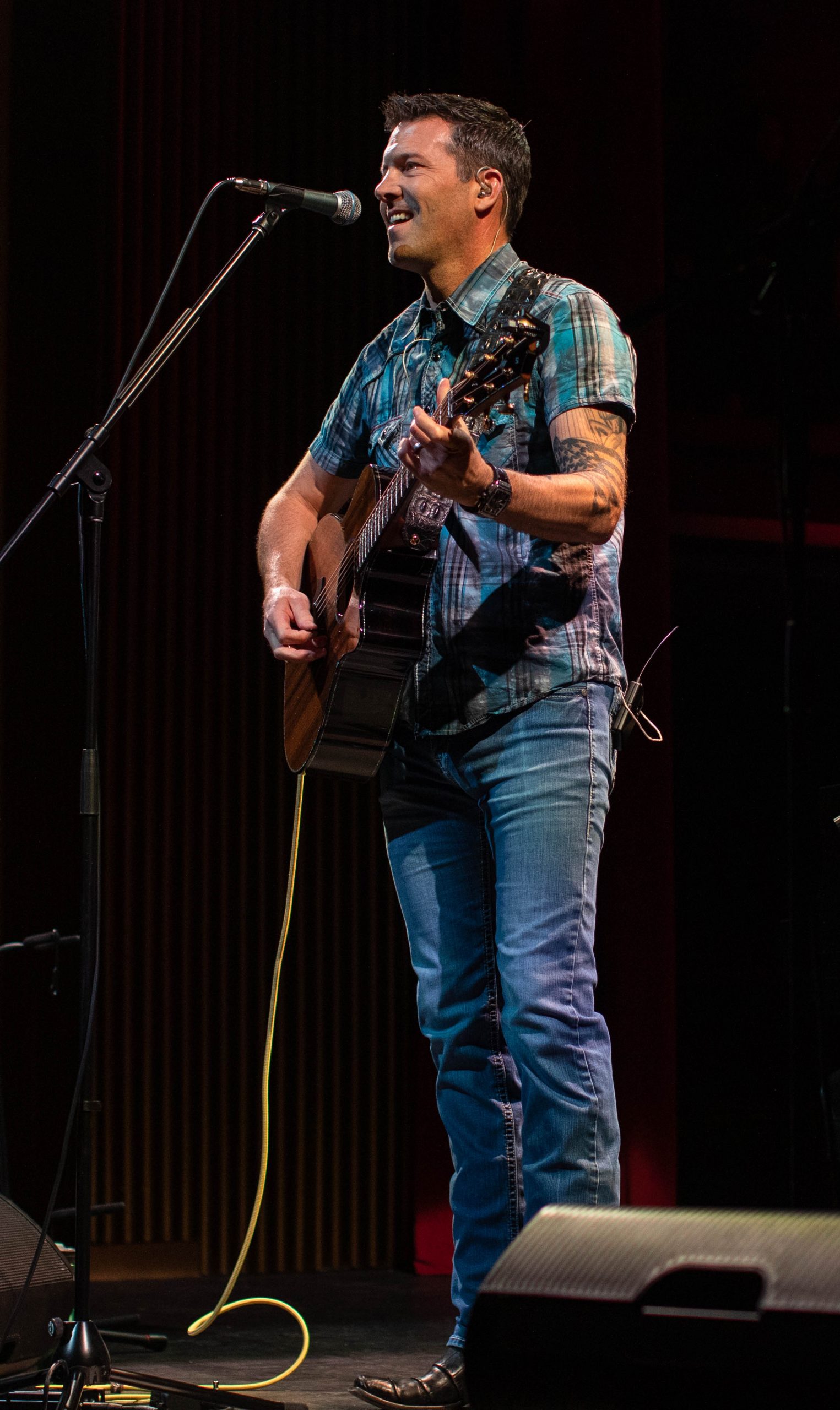 They each played solo stints. Schmidt led off with his songs and guitar. The CEO of Delta Defense is an amateur musician who practiced for months for the gig. He sang and strummed like a pro in his seven-song repertoire, including two of his own. The audience loved him and his wry sense of humor. He dedicated two songs to his mother who was in the audience.

Novaczyk had a brief career as a classical pianist before entering the business world. He, too, dedicated a piece to his mother who was also in the audience. Novaczyk interspersed his virtuoso playing with a conversation about the community and the need to raise healthy children who can navigate the challenges of today.

Accompanied by a pianist, John Patek, professional violinist and strings educator, charmed the theatre-goers with sweet sounds from his violin. The crowd loved him, too.

The trio connected warmly with more than 200 theatre supporters with their downhome style, their banter and their informal dress. 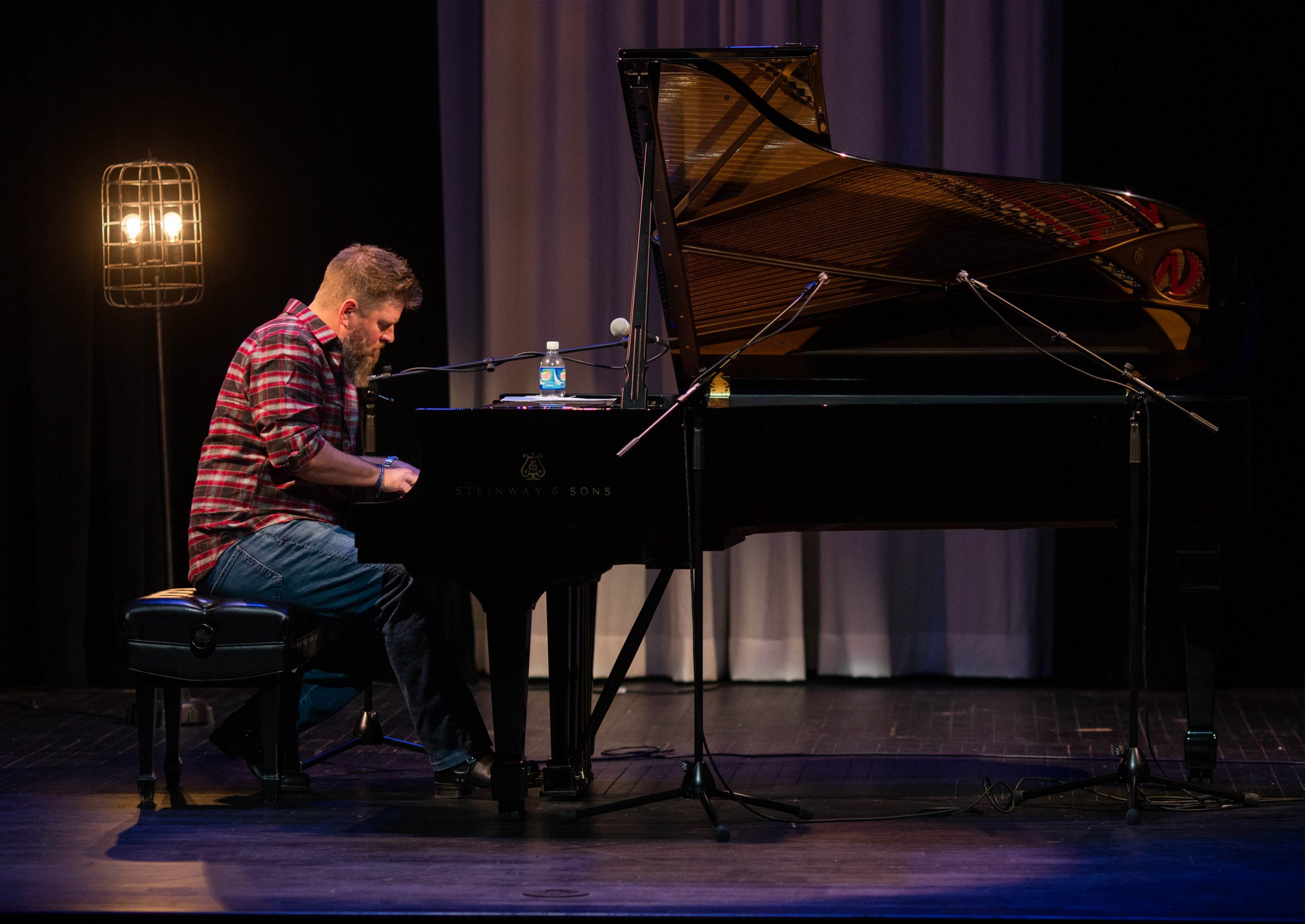 Novaczyk looked like a lumberjack as he tickled the keys adroitly on a Steinway piano. Schmidt looked like a country music star, which he certainly was for at least one night.

The trio helped to set the bar high for an emerging cultural arts district in the heart of West Bend. Their concert came as the city positioned itself as an arts destination to attract visitors from the community and beyond.

The city recently received a $95,000 state grant to create a DMO (Destination Marketing Organization) that will pull together the disparate marketing programs of each cultural asset.

Visitors are already attracted separately to the Museum of Wisconsin Art (MOWA) sited on the Milwaukee River across from the Historic West Bend Theatre, to the city’s unique public sculpture collection, to its array of restaurants and shops, and, finally to the river itself for fishing, canoeing and kayaking right downtown.

The draw to West Bend will only increase as the city works to finalize the restoration of the west river bank downtown to match the elegant redone east bank. 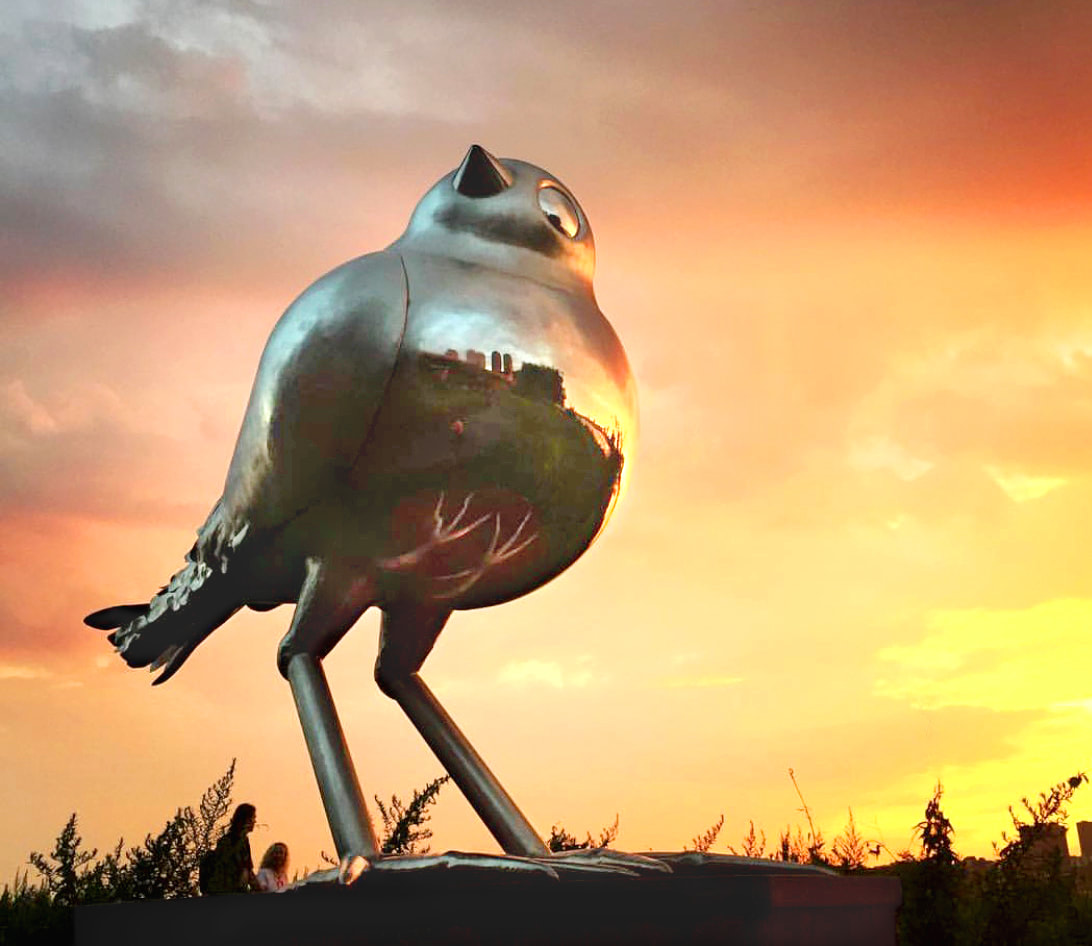 All these elements are coming together in an attractive package of natural and artistic assets, topped off by the landing of “The Bird” in November. The nine-foot stainless steel art work perches proudly on the east bank between MOWA and The Bend.

She seems to say, “Come see what I see; visit us in downtown West Bend; we are the real deal for a getaway.”