Tommy would add depth to the 2022 campaign

Within a few months, UW regents president Edmund Manydeeds will accept the resignation of Tommy Thompson as interim UW president. “Tommy,” as he was known during his four terms as Wisconsin governor, stepped into a vacuum when a UW Regents’ recruiting effort for a new president in 2019 failed.

Tommy has served with distinction during a difficult period in UW history, and would have done even better if he had been a permanent president instead of interim.

During his short tenure he emphasized getting students back into the classroom, even though the Covid pandemic limited full access to classrooms across the 26 campuses in the UW System. Each campus had to use short term measures when the infection rates became too high.

The former governor and member of President George W. Bush’s cabinet assumed a leadership role on covid testing across the state and other pragmatic preventions.

He did pretty well with the governor and legislature on stabilizing funding for his campuses, partly through emergency money from the federal government.

Is there another chapter in Tommy’s political career? He lost his bid for the US Senate to Democrat Tammy Baldwin in 2012 by a margin of 3.3 percentage points. His star shone less brightly in the aftermath.

Still, he is the grand old man of the Grand Old Party in Wisconsin, but some of the young bucks would just as soon see him step out of the limelight for good.

That smacks of age discrimination. Tommy is 80, about the same age as the current president of our country and not far from the Republican Party’s presumptive candidate in 2024. Donald Trump is 75.

As Thompson showed in his University president gig, he is still full of energy and savvy.

Knowing his energetic track record, he surely would welcome an overture from the Republican Party to run for a 5th term in 2022. 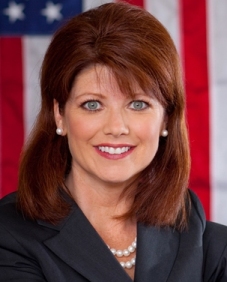 The presumptive candidate on the Republican Party ticket is Rebecca Kleefisch, former Lieutenant Governor under Gov. Scott Walker. She has been working hard across the state. She reports to have raised a war chest of $1.2 million. Kleefisch has significant name recognition, though nowhere near Thompson’s.

However, her stature as a serious candidate has been diminished by messing around with smaller issues, such as critical race theory, which is a matter for local school boards, not governors.

Kleefisch has also waded into the Republican’s fake issue that election irregularities caused Trump to lose the presidency. All evidence heretofore points to the contrary, but Republicans who want to suck up to Trump think they have a winning issue by going after local election officials. Kleefisch called for a suit against the Wisconsin Election Commission, even though it is a bi-partisan commission that oversees elections processes, not the actual counts.

She has had little important to say on larger issues like the troubles of the UW System campuses due to declining enrollments and funding. Like the macro issue of worker shortages that is cramping the Wisconsin economy and threatens to be around a long time. Like the need to reinvent the Wisconsin economy through entrepreneurial startups. Like aggressive steps to get the population vaccinated and therefore safe.

She risks coming off as a lightweight.

Gov. Tony Evers will be at the top of the Democratic ticket for governor in 11 months. His polling numbers are not strong, but they are good enough to make him a formidable candidate for a second term.

The gubernatorial outcome in the primary and the general election for governor in 2024 will greatly depend on how the Republican nominee plays the Trump card. The model for dealing with the third rail that Trump presents was evident in Virginia where new Gov. Glenn Youngkin paid deferential homage to Trump, but kept his distance from the defeated president during his successful campaign.

If Thompson enters the GOP primary, Kleefisch will almost certainly go all-in with an allegiance to Trump. On the other hand, Tommy has a big enough persona to play nice with Trump while staying his own man.

Thompson has proved over and over again that he has the leadership chops to steer our state through the covid crisis (he headed the US department that dealt with contagious diseases) and the magnetism to convince workers to step up to Wisconsin job openings and vaccinations.

His speeches while governor always started: “Isn’t Wisconsin a great state!” He was our biggest cheerleader. No lightweight, he launched numerous commissions and task forces to tackle the state’s most complex issues. He tapped the state’s best minds, and worked across the aisle to make Wisconsin great.

Why not a fifth run for governor? He would raise the seriousness and quality of the 2022 campaign.

This entry was posted in Partisan Politics, University of Wisconsin System. Bookmark the permalink.