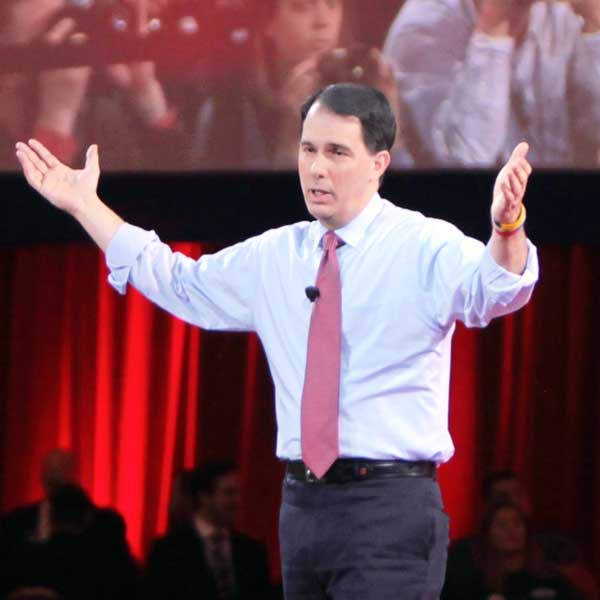 For the Republican legislators looking for $300 million in the 2017-2019 state budget for road building, there’s a ready solution.

Gov. Walker, who repeatedly gets elected by holding the line on taxes, steadfastly refuses to raise gasoline taxes, and many GOP legislators agree. They are wary of toll roads and probably don’t want to raise car license fees either.

New bonding is already pegged in the budget at $500 million, which would lift state debt to more than $42 billion. It now sits at $7195 per Wisconsin citizen. Fiscal conservatives don’t want to see that number go higher.

Savings of that much or more are staring them right in the face. The state spends $1.5 billion per year to provide a fat, under-managed health plan for 65,000 state employees. That comes to $23,000 per head.

That bloated number is about $10,000 per employee higher than what best practice private companies and school districts are paying for very full benefit plans. Those payers, all self-insured, deliver generous care – actually better care – for $12,000 to $14,000 per employee.

To unlock those savings over several years, the Employee Trust Fund (ETF) has to take the first step of going to self-insurance. If the state runs its own risk pool, it gets to keep any savings from more intelligent management. (If it’s in an insured pool with other payers, as it is now, the pool gets any savings, not the state and its taxpayers.)

It is important to understand that shifting to self-insurance is just step one in the process of building a better model for the delivery of care. The second step is a consumer-driven plan (CDHP) with higher deductibles and an offsetting health savings account. The current deductible on the standard ETF plan is a ridiculously low $250 per person. (It’s something like a 25-cent martini at happy hour; people tend to be over-served.) Virtually free care drives unnecessary utilization.

The third step in a year or two is to move to free, on-site primary care for state employees where there is a sizeable group. There are lots of such clusters of workers, especially in Madison. Proactive medical homes drop costs by another 20% by keeping people out of hospitals.

The final step is to follow the lead of Medicare by adopting bundled prices for elective procedures. Savings are about 50% on major surgeries. A joint replacement costs $26,000 versus an average of $47,500 in a network. Please understand that outcomes are better in the low-priced clinics. Yes, there is an inverse correlation between price and quality.
Don’t say this new model can’t work. Hundreds of private companies and local governments all over Wisconsin have made the switch, and the savings have proved enormous.

As an added reason to change, employees generally love the better-managed plans. Employee morale goes up.

Fortunately, Gov. Walker gets the need for self-insurance and better-designed heath plans that follow. He put the ETF self-insurance conversion in his budget.

Further, the Group Insurance Board, which governs ETF, has come around to the self-insurance structure as well. It voted earlier this month to move to self-insurance in 2018. The vote was 10-1, reflecting the understanding that 250,000 government workers and dependents in is a pool plenty large enough to cover risks.

Next, the legislature’s Joint Finance Committee must approve the conversion. Lobbyists for the hospital corporations and health insurers are no doubt swarming its 16 members. The health care industry is making gobs of money under the present business model, so its lobbies are going to fight fiercely for the status quo. They have clout because they write big political checks.

Here’s the smelly irony in this political kettle of fish: almost all of the insurers and hospital corporations are self-insured for their own employees. Case closed; fish in boat.

Let’s hope and pray that the 16 legislators put the interests of taxpayers ahead of their campaign war chests.

FYI: The lobbyists for the road builders write big checks, too. They should fight for the ETF reform so they can raise the $300 million for new roads from the savings.