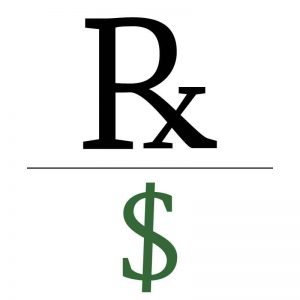 Despite the best efforts of all kinds of smart people to put a brake on health cost inflation, the pharmaceutical industry keeps putting its heavy foot on the gas pedal.

Take Serigraph Inc, my organization, as an example. The managers and co-workers collaborated to drive costs down by $259,000 in 2016. That’s a nice reduction in a $6 million total bill for care.

But that saving for the company and its people (we share the health care bill) was mostly wiped out by a $228,000 increase in drug costs.

I’m not buying that the underlying costs of new drugs have doubled over that time period.

As one egregious example of gouging, there are some rogue owners of “orphan” drugs that have set outlandish prices. One for muscular dystrophy, primarily for boys, was being imported for about $1200 per treatment. Its new owner has pegged its future price at a net of $54,000. Congress is investigating, and it should.

But many of the major pharmaceutical companies are also charging astronomical prices for their branded specialty drugs. They set the prices sky high because they know that people in the hurt locker have nowhere else to go. They know that insurers will submit and pass through the outrageous charges.

The pharmaceutical companies put on the angel wings and say they need the elevated prices to pay for research and development. The reality is that they spend as heavily on lobbying and advertising as they do on R&D.

If President Trump wants to reform health care, here is one place for his immediate attention. How about an executive order to put in price controls? The public should pay no more for a drug regimen than Medicaid pays.

Let’s take rheumatoid arthritis drugs as a point in case. Serigraph has six people using two drugs. The annual cost for a regimen of Remicade infusions is running $42,000, while Humira is at $33,000. The total for the six patients was $222,000 in 2016.

Our total bill for just 15 our people on specialty drugs was about $600,000, half of our total pharmaceutical bill for about 1000 members on our health plan.

The cruel reality is that those specialty drugs really work. They vastly improve the quality of life for the people who are suffering from arthritis. Congratulations to the drug researchers.

But, at what price?

Health care economics are a national disaster. We spend 18% of GDP on health care. The Defense Department spends more on health costs than on weapons. They are the number one cause of personal bankruptcy in the U. S. Family health costs are now $26,500 per the Kaiser Foundation. Small companies can no longer find affordable coverage. Obamacare exchanges sell policies with killer deductibles of $6000 for its most affordable plan.

This is an unsustainable economic model for the country. And drug hyperinflation is at the core of the problem.

The good news on this front is that innovative private companies have learned how to deflate most medical costs. The bad news is that they have only a few tools to get a collar on drug costs.

The market, such as it is or isn’t in health care, simply doesn’t work for drugs.

Nor are pharmaceutical prices regulated – the antidote to a lack of market disciplines. The drug companies operate in no man’s land. They price whatever they want to.

But, in the case of Big Pharma, there may be no other answer.

One possibility is a real dialog between the industry leaders and the Trump Administration. No finger pointing, but a real dialog to figure out how to cut down on the long development cycle for new drugs. There must be a better path forward than spending $1 billion for a new drug approval.

That same treatment on Grand Cayman Island (not a bad place for a 12-week regiment) runs $25,000.

The hospital that delivers that price is the top notch Health City on Grand Cayman Islands, a 70%-30% joint venture of Ascension Health and the Narayana Group of India. The low price is attained because the same drugs used in the U. S. are brought in from India.

In short, the U. S. patients pay awful prices to cover pharma overheads, and the rest of the world gets a cheap ride.

Those bloated prices make U. S. companies, the real payers for the whole $3.2 trillion U. S. health care bill, less competitive. High benefit costs also come at the expense of wages. Hence, some of the country’s wage stagnation.

This idea my confound our president. He wants to raise prices on imports. But in the case of drugs, he should do the opposite — open the doors to lower-priced imports.

The drug regulators will scream about offshore drug quality. He should tell them to figure out import quality controls – forthwith.

If he can’t pull that off, then it may be time for Congress to slap price controls on Big Pharma. I’m not a fan of price controls, but unsolvable problems call for desperate solutions.

Private payers should pay no more than foreigners pay or what Medicaid pays for Remicaid or Humira.