President Trump probably really thinks that by snapping his fingers and putting out a Twitter message that he is going to cause hospitals and clinics come clean with their chaotic, lucrative and out-of-control price schedules.

His intentions are noble. But he grandly under-estimates the power of the Medical Industrial Complex (MIC). The big insurance companies and sprawling hospital corporations will fight fiercely to keep the regulators and consumers from looking behind their Wizard of Oz curtain at real prices. 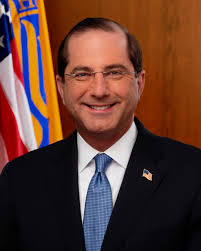 “This shadowy system has to change,” said Alex Azar, Trump’s secretary of secretary of health and human services. He called the proposed rule on open prices the most significant thing the Trump administration has done in health care markets.

He surely knows, though, that he is firing just an opening salvo in a long battle.

The big players in health care control 18% of the U.S. economy, far more than the when President Eisenhower warned about the Military Industrial Complex at 5% after WWII.

The MIC lobbies, which give major donations to politicians on both sides of the aisle, are already hard at work in the courts and the halls of Congress to keep their money machine working as is. Medical inflation is at least double that of general inflation.

With straight faces, their spokespeople are saying that open prices will cause prices to rise, not fall. They argue that, unlike any other economic sector, competitors will match each other at the highest prices, not the lowest. That contention won’t fly. Gouging is an unsustainable business model.

Big corporations like Amazon, GM and Walmart are sending their employees to centers of value for treatments at good prices. Smaller employers, like my company, are following suit.

Here some of the ground-level realities that the president must know and take into consideration as he tackles horrendous charges in health care:

• Individual consumers mostly don’t use transparency tools that compare prices of treatments. They are just too complicated.
• Smart companies therefore retain “care navigators” who boil down the complex pricing hieroglyphics and find the best deal for, say, a rotator cuff repair. They look for the best value — quality, price and service — and steer patients to the blue-chip clinics and doctors.
• Prices can be stated in a single number for an episode of care. The all-in price for a joint replacement in the Milwaukee is $28,600, vs. a market average of about $50,000 and a high end of more than $80,000. The “bundled” number is totally transparent to the payer. It is the only way to get complete transparency. A bundled colonoscopy goes for $2300 vs. $5000 on average in the market.
• About 40% of procedures can be shopped when they are non-emergent.
• Companies can save as much as 10% of their total health care bills by turning their employees into smart consumers.
• Employees are the big winners from fixed prices. Companies give big rewards as incentives for smart buys. My company makes surgeries mostly free except for a small co-pay.
• Worry not for hospitals that need to lower prices. Lean disciplines, which a few are adopting, can lower costs and prices by driving out waste, defects and infections.

President Trump could use Medicare and other government purchasers of health care to quickly put these best practices to work, while his proposed rule will take years to implement.The MIC will milk its high prices as long as it can get away with them.

But Medicare, the biggest payer in the country, could start buying in short order with bundled prices and set the pattern for prices across the land. There is precedent. Medicare once put caps on prices, such as $30,000 for a joint replacement. It retreated from that practice for some unknown reasons.
(Do you think the MIC lobbies had anything to do with that?)

Even though Medicare pays far below what private payers face, their schedule serves as a useful reference point. Milwaukee area providers generally charge 200% of Medicare or far more.

If Medicare got away from its complex billing codes and went to bundled prices, it should publish those all-in prices. After all, they are a matter of public record.
Outside of government, startup companies, including several in Wisconsin, have built software tools that make medical prices clear and understandable. Some offer care navigation. Some offer a range of bundles.

The president’s men should seek out with these transparency experts for how to obtain lower prices. If they listen, they could avoid putting forward policies that in the end will amount to fake transparency.