Some outsiders who could re-think UW System

If historical patterns hold up, it’s 90% certain that the University of Wisconsin Regents will take the safe and predictable route of hiring from the inside for the next president of the 13-college system. 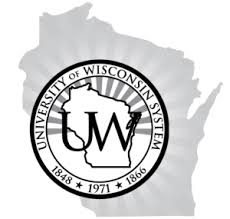 That’s been the case for the selection of the recent presidents. The last two, Kevin Reilly and Ray Cross, moved up from being chancellor of the former 13 two-year colleges and UW Extension. That position no longer exists.

That insider tradition notwithstanding, the regents will be taking a hard look at the rapidly changing make-up of higher education in the United States and could conclude that a more outsider might be right for the times.

The next president will have to deal with a wide range of pressing strategic issues, such as:

• Declining Enrollments and Tuition Dollars — Even with aggressive recruiting ad tuition frees, there is no getting around demographics that show fewer high school graduates each year over at least the next 10 years.

• Soaring U. S. Student Loan Debt – Now at $1.5 trillion, this overhang will prohibit tuition increases even as campuses seek to stem revenue losses.

• Challenges from On-line Degrees – Purdue University President Mitch Daniels has acquired a for-profit university to complement the traditional model of on-campus delivery. UW System has on-line offerings, but they are not heavily marketed.

• Too Much Brick and Mortar? – Consolidation of the system’s 26 campuses appears inevitable as enrollments drop. But which campuses to drop? The politics would be furious.

• An Ever-Changing Economy – UW-Milwaukee, as an example, has a new Center for Data Sciences in collaboration with Northwestern Mutual Life and its business school is moving heavily into data analytics. This kind of nimble repositioning will be necessary across the system.

It’s obvious that an outside candidate would be more clear-eyed about seeing necessary changes in strategy than a candidate who has grown up in the system.

Some Wisconsin names pop to mind as examples of qualified leaders who would bring fresh thinking to UW.

Nick Turkal, a medical doctor who headed Aurora Health. He understands the pervasive biotechnologies and how to manage a large decentralized system. Before merger Aurora had more than $5 billion in revenues and more than 30,000 employees. Health care now approached 20% of the U. S. economy and Turkal knows its dynamics.

Steve Bablitch – He was president of Blue Cross Wisconsin and COO of Aurora. He is an environmentalist and was former chair of Wisconsin chapter of The Nature Conservancy. A lawyer, he is a well-rounded, politically savvy executive who can work both sides of the aisle.

Gale Klappa — Former CEO and now chairman of WE Energies, one of the country’s largest utilities, he has the blue chip chops as an executive. Klappa has been a top civic leader in Milwaukee. Wisconsin still ranks near the bottom in job growth, and Klappa could align the UW System with efforts at statewide job creation.

All three would have to be talked out of retirement, but they are the kind of people who seldom duck a leadership challenge.

I have not talked to any of them about being a candidate. But there is a long list of outsiders who would qualify.

The committee should, of course, look at current UW chancellors. Note that three recent UWM chancellors, who came from outside, moved to big jobs elsewhere after UWM. Nancy Zimpher moved on to head the University of Cincinatti and then to chancellor of the whole New York University System. (How did we lose her?) Carlos Santiago became provost at the University of Albany N.Y.U. Mike Lovell is now president of Marquette University. All three brought an outsider perspective to their positions.

It’s a long shot that the UW Regents will go outside the system, but it’s probably time to do so.