GOP aside, Bluff, Riverwalk projects in the end zone

With zero help from area Republicans, but major support from Gov. Tony Evers, two game-changing urban conservation projects, one in Ozaukee County and one in Washington County, are moving to successful outcomes. 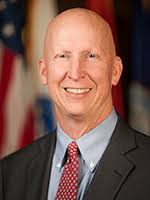 In both cases Democratic Gov. Evers remedied a grievous lack of vision by Sen. Duey Strobel and local assemblymen by allocating federal dollars at his disposal to carry the day on the preservation of the Cedar Gorge Clay Bluff Nature Preserve in Port Washington and the transformative renovation of the west bank of the Milwaukee River in downtown West Bend.

In each case Sen. Strobel worked behind the scenes to torpedo the work of dozens of supporters and donors, large and small, who banded together to launch the conservation initiatives. He, or one of his buddies, was probably the anonymous legislator on the Joint Finance Committee (JFC) who overrode the positive recommendations of the Department of Natural Resources to partially fund the projects and force a “review “of their merits.

DNR leaders had approved $2.3 million from the state’s Stewardship Fund for the $5 million preservation of the Bluff/Gorge project and $600,000 for the $7.2 million Riverwalk renovation.

Strobel simply didn’t like the Riverwalk and effectively dissed the project before the governor came to the rescue. Steel piling was driven last week on the river bank, and businesses have turned, or are turning, their entrances to face the river and to Main Street. By 2024, West Bend will rank as one of the prettiest small city downtowns in the nation.

That constitutes using federal and city dollars for economic development. Why don’t the Republicans get that you sometimes have to invest money to make money?

Not so incidentally, the state is sitting on a $4 billion surplus, so pinching pennies is not a current priority. Some of the surplus should be used to pay off Stewardship bonding debt. And, to prevent further Stewardship bonding and unsustainable bonding source, the governor and legislature could put $1 billion into a permanent endowment fund for stewardship of precious lands and neighboring waters.

The Bluff/Gorge preservation got way too complicated. An anonymous buyer, who has no right to anonymity, was encouraged by the state funding impasse to put forward a bid should the Ozaukee Washington Land Trust (OWLT ) project fail (Disclosure: my wife and I were previous officers of the land trust.) Mr. Anonymous should be outed in that he was dealing with public officials covertly on a public issue.

In retrospect, it turns out he should be applauded. He became the necessary bad guy that prompted donors and the governor to rise up in opposition to his tawdry deal making. He hired a lobbyist. Good grief! Never have I seen that on a small town issue. What a sneak!

There are some learnings now that the projects are in the end zone and public interests will prevail in the creation of the Riverwalk in West Bend and a new county park in Port Washington:

“Conservation should never be a right or left issue. Once we acquire and open our preserves, ALL ARE WELCOME. Democrats and Republicans all need clean air and clean water!”

This entry was posted in Conservation Politics, West Bend. Bookmark the permalink.