How one Midwestern city saved its downtown 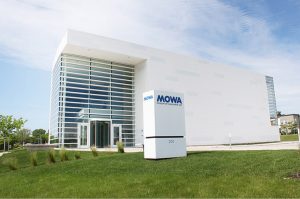 Go to downtown West Bend on a Saturday night or a sunny Sunday afternoon and you will see what a busy place it has become. It’s jumping.

The downtown has become really lively, even on weekday nights. So, what’s changed?

It must be the build up of many different attractions.

For almost 50 years since the first serious downtown redevelopment efforts were launched under Mayors “Shorts” Schoenhaar and Jack Pick, there has been a concerted public-private partnership to make the city center an attractive place.

Back in the 1970s the downtown was in a sorry state. The Milwaukee River was badly polluted. The Geib Hotel (now Alexssa) was closed, and the Washington House was in disarray. J. C. Penney had pulled out, and Sears wasn’t doing well as the strip malls invaded. The old milk condensers and grain elevator were empty hulks.

We still had our manufacturing companies nearby. Their loss was to come later.

Think, though, of all the projects that were tackled, one after the other, to keep the central district viable:

• The city spent $4 million in the 1970s to put in new sewer and water lines, to reengineer Main Street and lobby for the Hwy. 45 bypass, to upgrade street lighting and to build the Riverfront Parkway (now in disrepair).

• Contaminated brownfields were cleaned up, including the nasty one where West Bend Plating had operated next to the dam. It’s now a small park, sculpture site and fishing spot.

• Up river sewer plants were upgraded to tertiary treatment, and industries shut down their outflow of pollutants into the river. It is once again a beautiful, fishable river.

• The venerable Washington County Courthouse and Jail, state-designated historic structures, were restored by the county as an historical museum. It is a major asset to a community that honors its past.

• The West Bend Library was expanded along lines that echo the courthouse architecture. It’s a well-used place.

• The Eisenbahn Trail, converted from the old rail bed, draws thousands of walkers and bikers on a regular basis.

• The community mounted the biggest fund raising initiative in its history — $9 million – to create the magnificent Museum of Wisconsin Art. It sets West Bend apart. The architecture by Jim Shields is an iconic structure that rivals the 1898 courthouse conceived by architect Edward V. Koch.

• New shops and restaurants have popped up, providing a big draw. A collection of good restaurants draws visitors.

• Kevin Schultz of Mountain Outfitters has led the way among retailers with attractive restorations of two buildings, open both to Main Street and the Riverfront Parkway. He hides his garbage bins and keep parking slots front and back open for customers.

• City Hall has stepped up with an elegant new pedestrian bridge, a parkette and a redo of the Old Settlers Park.

• The vacant West Bend Company site was destined to be a warehouse/trucking hub. A public/private partnership stepped in, and it is now a flourishing mixed-use development. It has condos, apartments, shops, a branch of our bustling YMCA (21,000 members) and a world-class sculpture. River Shores is a fabulous development that has brought in lots of talented people who live and play downtown.

• The sculpture collection, assembled over 25 years, thanks to many local donors, now has critical mass. It has 50 significant art works, many of them downtown. People come from all over to see the collection.

• Regner Park, thanks to the local service clubs, has been improved and restored to its former prominence. It is crowded in the summertime.

• More than 600 parking places have been created downtown. Let’s hope the parking demand grows so we need more. (People walk for blocks to the farmers’ market).

• The West Bend Beautification Committee has graced the city and downtown with flowerbeds. Their floral displays soften the downtown hardscape. (Many thanks to the volunteers who care for those plots.)

You get the picture. Many, many citizens have contributed in their own ways to make the downtown come alive again. It didn’t just happen. Everyone who had a hand, and there were hundreds, even thousands, should feel very good about how much has been accomplished.

All that said, there is more to come and more to do. We as a community need to:

• Renovate the historic West Bend Theatre. Done right, it could light up the town with events and performing arts.

• Support MOWA’s creation of a “cultural campus” south of the building along the Eisenbahn Trail.

• Upgrade the banks of the Milwaukee River in the downtown area, including boat launching and fishing platforms.

• Encourage startup companies in the city, like GrandCare, Discount Ramps, Delta Defense, Spaulding Clinical and Epic Creative. They are reinventing our city and hiring the people who are livening up our downtown.

Last Sunday, an unseasonably warm day, brought swarms of people downtown. It was hopping with kids on skateboards, bikes and scooters, old and young timers walking, families with children in buggies, bikers, anglers, museum goers and even two kayakers.

There were hundreds of people, not only enjoying the Eisenbahn, but also patronizing the shops that were open on Sunday.

How good is all this? West Bend is becoming the place to be. We have momentum. The busier it gets, the better it gets.